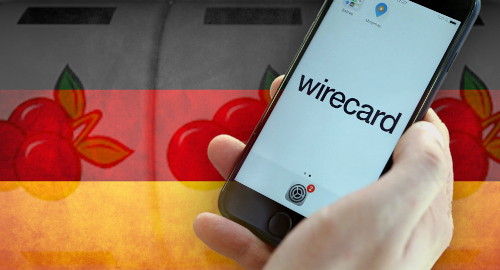 This week, Germany’s Financial Intelligence Unit (FIU) issued its 2019 report on suspicious activity reports that showed the number of reported transactions in 2019 rose nearly 49% from the year before. Since 2009, the annual figure has increased by a factor of 12.

The financial sector still accounts for the overwhelming bulk of all dodgy transaction reports, but the non-financial sector reported a 150% spike from 2018 to 2019. The country’s gaming operators reported an even more dramatic surge, rising from 24 suspect transactions in 2018 to 116 last year.

The gaming transaction spike can partially be explained by the number of gaming entities registered with the FIU jumping from 45 in 2018 to over 300 last year. Despite the spike, FIU chief Christof Schulte said he didn’t consider the non-financial sector’s number of reports to be “sufficient,” while vowing to “further sensitize” operators in this sector regarding their obligations.

Wirecard’s push reportedly came ahead of the 16 German states’ efforts to approve a new federal gambling treaty in 2017. Burkhard Ley, Wirecard’s CFO at the time, reportedly met with state officials on multiple occasions to propose a “method for channeling and centralizing the flow of money in online gambling.” (Ley was arrested in July for his role in Wirecard’s antics.)

WireCard’s bid reportedly had the support of the German Association for Telecommunications and Media (DVTM), which in 2015 established a ‘bettertainment’ division that currently contains many notable online gambling operators among its members. (WireCard was also a DVTM member.)

Centralized payment hubs known as TSUPIS are all the rage in Russia, in keeping with that government’s desire to know everything about everyone. While certain German officials were reportedly open to Wirecard’s proposal, the concept of a central payment hub was ultimately rejected as unnecessary, in part due to Germany’s federal treaty failing to win the European Commission’s stamp of approval.

It probably didn’t help Wirecard was one of the German financial institutions found to be processing transactions for internationally licensed online casino operators in 2017, a period in which online casino play had yet to be authorized by state officials.

Meanwhile, Germany’s latest effort at a federal treaty (which will allow online casino) has suffered a delay at the European Commission after Malta’s  representatives registered objections. The treaty’s standstill period was scheduled to expire on August 18 but Malta’s objections – the specifics of which have yet to be published – means that timeline has been pushed back by at least one month.