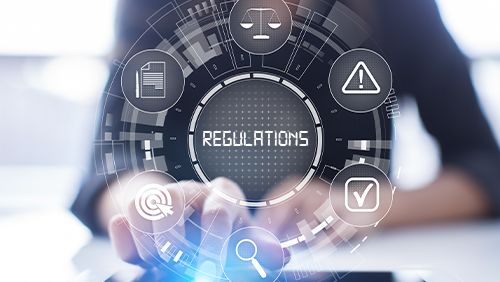 Romania’s gaming regulator, the Oficiul Național pentru Jocuri de Noroc (the National Gambling Office, ONJN), maintains a blacklist of online gaming operators that are not allowed to target the country. That list grew substantially this past May when the ONJN put 57 new names on it, but the regulator wasn’t done there. If gambling operators thought the ONJN wasn’t paying attention, they were wrong, and another 20 names have been added to the list. While nothing could stop the operators from launching new sites, Romania is proving to be extremely diligent in monitoring the online gaming scene.

In 2016, Romania decided to open a regulated online gambling market. Understanding that iGaming is the future of gambling and that, ultimately, nothing can be done to block it completely, the country’s leaders rightfully decided to embrace the activity and capture the revenue that it can generate. In preparation for that launch, the ONJN established its blacklist a year earlier, constantly monitoring every corner of the Internet to find operators who were trying to sneak into the country under the radar.

The latest batch of sites that were blocked include portals tied to companies like Megaslot, Fivecasino.net, 22-bet.net, Megapari.com and 488365.com. The latter is reportedly a site that is directly tied to Bet365, although it isn’t clear if the company was actively involved, or if it was simply an affiliate pointing back to the operator. Users expecting to make their routine trips to the sites will now simply see a message that reads, “Your access to this site has been restricted by the National Gambling Office.” Internet service providers (ISP) in Romania are required to block access and post the message within 15 days of the ONJN notification. The regulator makes it easy, though, giving ISPs access to a script that will update the provider’s list of prohibited sites automatically.

There are now 1,313 sites on the blacklist, but this number is somewhat fluid. Operators have the ability to challenge their listing, provided they submit a complaint within 30 days of the appearance of the site. That complaint is sent directly to the ONJN, but is then subsequently heard by the Bucharest Court of Appeal for the final ruling.