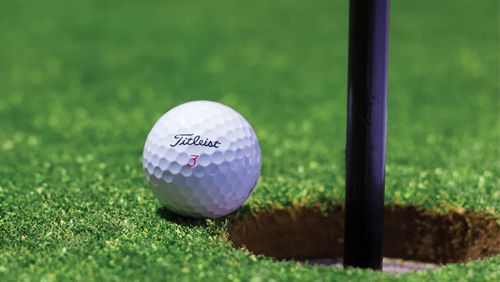 This has been the shortest PGA Tour season in modern history with the coronavirus pandemic canceling several tournaments, and the Tour’s “regular season” concludes already this week at the Wyndham Championship from Greensboro, North Carolina.

The past two weeks on Tour have featured absolutely loaded fields at the World Golf Championships-St. Jude Invitational and PGA Championship. Most top golfers don’t like playing more than a few weeks in a row, and with the FedExCup playoffs starting next week a lot of big names are skipping the Wyndham Championship.

The stars are safely in the playoff field, which will include the Top 125 in FedExCup points after this week. Thus, nearly every player between about 120-175 in points is playing the Wyndham Championship in an attempt to qualify for the three-event playoffs.

The Wyndham Championship has been held exclusively at Sedgefield Country Club since 2008, with Brandt Snedeker shooting one of the Tour’s rare 59s here in 2018 on the way to winning the tournament for a second time. Sedgefield is a pretty easy course, playing to par 70 at 7,127 yards.

Last year, JT Poston got his first and still only Tour win thanks to a final-round 8-under 62. He became the first player since Lee Trevino in 1974 to win a 72-hole stroke-play event on Tour without any bogeys or worse. Poston finished at 22-under 258 (tying a tournament record) to edge out fellow North Carolina native Webb Simpson by a shot.

Poston is +5000 to repeat, while Simpson is the +950 favorite. Simpson is definitely a “Horse for the Course” with a win in 2011 and finishes of no worse than third the past three years. Simpson has a handful of other Top 10s in the Wyndham Championship.

Brooks Koepka (+1100) was going for a historic third straight PGA Championship win but struggled to a 74 on Sunday to fall out of contention and finish T29. He hasn’t played this tournament since a T6 in 2015. Patrick Reed (+1600), Tommy Fleetwood (+1600), Paul Casey (+2000) and Justin Rose (+2000) round out the favorites. Reed won in 2013, while Casey was a runner-up Sunday at the PGA Championship. Fleetwood makes his tournament debut. Rose hasn’t played this tournament in years.