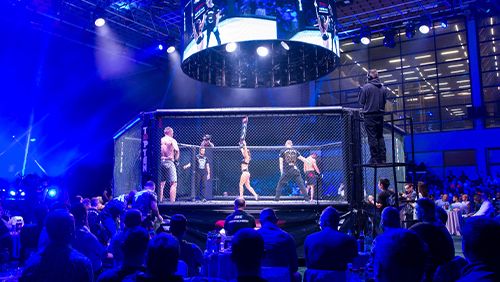 It’s obviously a bit of an endeavor and probably fairly expensive for the UFC when it stages cards on its Fight Island in Abu Dhabi simply with all the travel expenses and housing fighters, their camps and organization staff and such. Thus, the UFC generally jams as many cards on Fight Island as possible when it visits there over the span of a few weeks.

That’s good news for MMA bettors this week as there’s a Fight Night Card on Wednesday morning Eastern time headlined by a welterweight bout between Americans Michael Chiesa and Neil Magny. The prelims get underway at 9 a.m. ET and the main card at noon ET, shown on ESPN and ESPN+.

A welterweight bout between Leon Edwards and Khamzat Chimaev was originally expected to headline this event but both guys ended up catching COVID-19.

The 33-year-old Chiesa, from Washington state and ranked eighth in the welterweight division, is 17-4 in his professional career and oddly has never won a bout by knockout or TKO. A total of 11 of his victories are by submission. “Maverick” enters on a three-fight winning streak since moving up from the lightweight division. He was last in the Octagon as a +160 underdog against former lightweight champion Rafael Dos Anjos but pulled the upset via unanimous decision.

Chiesa may be best known for winning “The Ultimate Fighter 15” finale over Al Iaquinta in June 2012. That was Chiesa’s UFC debut. Three of his four losses are via submission so he clearly wants to keep bouts on the ground. Chiesa is a +115 underdog for this one.

Magny also enters on a three-fight winning streak, last in the Octagon in August 2020 as a -250 favorite and taking out former welterweight champion Robbie Lawler by unanimous decision – all three wins in the streak are by UD. Fifty-eight percent of Magny’s victories are by decision, while 57 percent of his losses are via submission. He is a -145 favorite Wednesday.