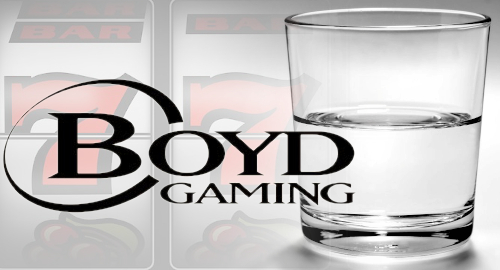 Boyd closed all 29 of its gaming venues in March as the pandemic took hold, and the first of these properties didn’t reopen until May 20, while others waited until the end of June and one (the Par-A-Dice in East Peoria, Illinois) didn’t get the nod until July 1. So year-on-year comparisons are essentially meaningless, but here goes.

Boyd’s properties were all subject to capacity restrictions upon reopening, with a corresponding effect on revenue. But thanks to “increased efficiencies in our operating model,” properties in Boyd’s dominant Midwest & South division reported “double-digit” earnings gains while the second-ranked Las Vegas Locals market was also ahead earnings-wise when compared to the same period of operation last year. Only the Downtown Las Vegas casinos were struggling to meet or beat their previous earnings results.

Boyd said that while overall casino visitation is down, spend per visit is ‘robust,’ apparently due to pent-up demand from gamblers whose land-based options dried up during the pandemic lockdown.

As for online options, Boyd has teamed with Flutter Entertainment’s FanDuel brand on a mobile sports betting product in two states (Indiana and Pennsylvania) and the partnership launched a standalone online casino product in Pennsylvania at the tail end of Q2.

Last week, Boyd announced the launch of a social casino product under its Stardust brand. While the company is pitching this as something new, sharp-eyed readers will recall that Boyd launched a social casino product under that same name way back in 2013 through a partnership with defunct developers Win, an offshoot of the equally defunct Bwin.party digital entertainment.

THE KIDS ARE ALRIGHT

Despite all the upbeat online forecasts, Boyd execs received precisely zero questions about online gambling or sports betting on Tuesday’s analyst call, with the focus entirely on how Boyd was reviving its land-based fortunes.

CEO Keith Smith noted that the company has “carved a lot of costs out of the business” and while some of those costs may come back as regulators permit greater capacity, Smith anticipates that “many of these costs will stay out of the business and that we won’t have to bring them back in.”

Some of these cost eliminations would be on the labor side, while Smith found it “hard to understand how buffets come back into the picture going forward in the environment we’re in today.”

Also not coming back, at least not in the same numbers as before, are Boyd’s older customers, possibly due to COVID-19 concerns. Smith said the company was seeing “growth in the younger demographic,” which is good from a reduced capacity perspective given that “most of these younger customers are at a higher worth segment.”

Boyd CFO Josh Hirsberg added that these younger customers are coming to gamble, defying the prevailing narrative that younger demos come to casinos for the bars and pool parties, not gambling. At any rate, Boyd’s properties aren’t really allowed to offer a full slate of non-gaming amenities at present.