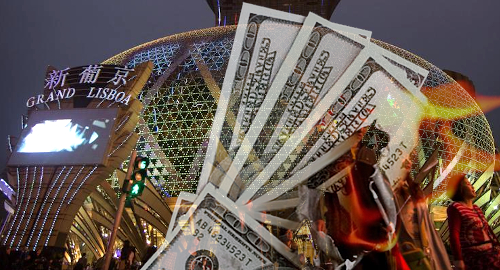 Macau casino operator SJM Holdings lost over $182m in the first half of 2020 and the company doesn’t expect a return to pre-pandemic normal anytime this year.

On Tuesday, the Hong Kong-listed SJM reported generating revenue of HK$4.37b (US$564.4m) in the six months ending June 30, nearly three-quarters below the sum generated in the same period last year. Earnings were a negative HK$1b and the company booked a net loss of HK$1.41b versus a profit of HK$1.68b in H1 2019.

Over at the mass market tables, revenue fell 73.5% to HK$3.3b as the number of tables in action fell by around 40%. But SJM fared better than some of its rivals, as its share of Macau’s overall mass table business rose 3.8 points year-on-year to 22%.

SJM’s slot machines and other gaming operations saw revenue down nearly three-fifths to just HK$235m as its number of active slots fell to 1,084 from 2,439 at the end of 2019. Despite these declines, SJM’s share of Macau’s overall slots market shot up 4.3 points to 12.2%.

The Macau market’s general lack of customers was on full display at SJM’s flagship property, the Casino Grand Lisboa, which reported average daily visitation of around 6,600 during H1, down from 35k per day in H1 2019.

SJM noted that there had recently been a “minor easing of restrictions” on mainland Chinese visiting Macau without having to quarantine upon their return. But surges in new COVID-19 cases in Hong Kong means travel will remain restricted “at least until September.”

SJM added that Chinese authorities had yet to offer any indication as to when they might resume issuing travel permits under the Individual Visit Scheme (IVS) or allowing group package tours. Even after those policies resume, SJM said it couldn’t predict whether there would be residual impacts from skittish consumers viewing travel as an unnecessary risk for a long while to come.

As a result, SJM expects its revenue “will continue to be negatively impacted by COVID-19 for an indefinite period in the future” and the company dismissed the idea of any return to ‘normal’ revenue rates “during any part of 2020.” Clearly, this is not the report that SJM would have preferred to issue following the recent death of its founder Stanley Ho.

As for what the constantly fluid COVID-19 situation means for the Grand Lisboa Palace, SJM’s flashy new integrated resort on Cotai, the company said only that it was awaiting the go-ahead from local regulators to launch operations before year’s end.