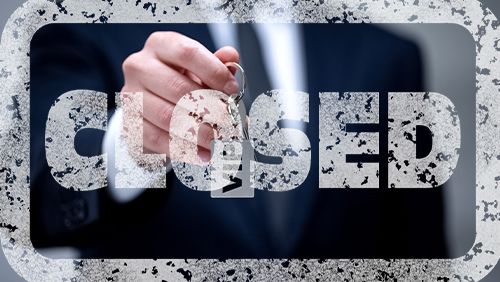 Nothing lasts forever, despite how much people try to hang on to the past. Whether it’s because tastes, economies or priorities change, everything is always in a certain state of flux. Throw in a major world pandemic and things get really out of whack. After Macau was hit with the coronavirus and forced to briefly shut down, there are going to be a number of changes seen in the gambling hub for various reasons, and the Casino Lisboa is undergoing the process now. Macau Golden Group (MGG), a veteran junket investor in the city, is pulling the plug on three VIP gaming rooms that operate at the Hotel Lisboa-based casino.

There hasn’t been a lot of publicity about the pending changes, other than a small blurb in a Chinese media outlet that caught the eye of GGRAsia, which was able to confirm the news with someone close to MGG. The VIP rooms at Casino Lisboa – Golden Hall, Golden Club and Grand Hall – are some of the oldest in the city and date back to when junkets and Macau began working in tandem early on in the Stanley Ho era. With the closing of the high-roller gambling options, Casino Lisboa will no longer have any options strictly for VIPs, and it isn’t clear if they will make a return.

The closure is a result of the fallout caused by the coronavirus, which has caused gross gaming revenue in Macau to fall to almost zero a couple of times this year. There have already been a number of VIP rooms that had to be stripped out of the gambling scene in the city because of COVID-19, and more will probably meet the same fate. Macau is going to launch a more dedicated effort to expand away from being known as a gambling hub, and priorities are going to change across the city.

MGG has a longstanding partnership with SJM Holdings, which has control of several venues in Macau and expects to open the Grand Lisboa Palace in Cotai later this year. The casino operator hasn’t weighed in on the status of any VIP rooms or on the timetable for the Grand Lisboa in light of COVID-19, but it isn’t difficult to imagine the two entities continuing to work together. MGG still has five rooms open for VIPS, all of which are located at SJM’s Hotel Grand Lisboa in downtown Macau.

The VIP rooms will suspend operations at the end of the day on July 30. The good news is that, according to the source, most employees will be able to move to the Grand Lisboa rooms, which will keep them from becoming unemployed.