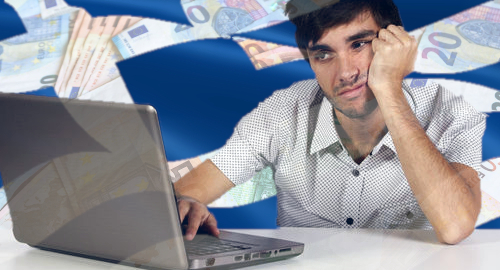 Greece’s online gambling market suffered a 40% revenue decline over the first five months of 2020 as sports halted due to COVID-19.

Figures released by the Hellenic Gaming Commission (HGC) show the local online gambling market generated revenue of nearly €150m in the first five months of 2020, a 40% decline from the same period last year.

The year started out well enough with revenue of €49.3m in January, but this slipped to €45m in February, by which time the race to the bottom was well and truly on as the pandemic forced the suspension of most major sports. Revenue slipped to €36.1m in March then hit bottom in April with €29.5m before rebounding slightly to €30m in May.

The Stoiximan betting brand was the unchallenged market leader with a nearly 49% share of the overall pie. Stoiximan started the year off right with revenue of €24.3m in January but this sunk to €14.8m by May.

UK operator Bet365 started the year in the runner-up position by generating around €14.3m in each of the first two months but its over-reliance on sports betting dropped the company to third place by May with just €5.2m.

GVC Holdings’ Sportingbet brand was in third place for most of the year but narrowly usurped Bet365 in May. Sportingbet weathered the pandemic storm better than most, as its €6.1m score for May was only moderately below January’s €6.3m.

Greek lottery and betting operator OPAP, which is in the process of acquiring a majority stake in Stoiximan, saw its online revenue almost entirely erased over 2020’s first five months. The company’s fledgling online operations didn’t add casino games until May, leaving it without any options when sports shut down.

Some smaller Greek-facing operators bucked these trends by increasing their revenue over the year-to-date, including Flutter Entertainment’s PokerStars brand. Stars effectively doubled its revenue from January to April as the lack of sports left customers seeking online casino and poker options that the site had in spades.

Similarly, NetBet more than tripled its revenue from January to May, although the company’s Greek presence was minor at the start of the year, putting its May total at only €790k.

Greece recently approved the reopening of its land-based casinos and betting shops, so while the online gambling sector may be on the rebound, it’s no longer the only game in town.

Meanwhile, the government is proceeding with its plans to relicense its online market after its draft regulations met with little opposition from the European Commission. The HGC is expected to publish the final regulations any week now, after which the license vetting can proceed with purpose toward this oft-delayed conclusion.