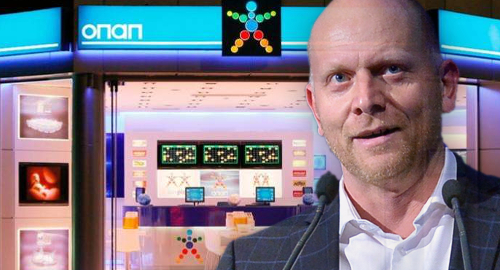 Greek lottery and betting operator OPAP has named a new temporary CEO just as its retail betting shops in Greece and Cyprus begin to reopen.

On Thursday, OPAP announced that its chief commercial officer Jan Karas will assume the role of acting CEO on June 1. Karas, who was only just named CCO in February, will take over from Damian Cope, who in April announced his intention to step down from the CEO role at the conclusion of his four-year contract. The search for Cope’s permanent replacement is ongoing.

In the meantime, Karas (pictured) will handle all of Cope’s current duties except human resources, which have been assigned to deputy CEO Odysseas Christoforou. Both execs will report to executive chairman Kamil Ziegler, whose role won’t be changing amid the reshuffle.

Ziegler said he was looking forward to working with the realigned management team, while thanking Cope for his “significant contribution to OPAP’s progress and results.”

Like retail gambling operators everywhere, OPAP was forced to shutter its betting shops in Cyprus and Greece in mid-March due to the COVID-19 pandemic. The company’s 3,750 Greek shops began reopening last week, albeit under limited capacity constraints and other safety precautions, while its PLAY video lottery terminal (VLT) halls are remaining shut a while longer.

In Cyprus, the government has authorized OPAP to reopen its shops starting this Saturday (23) on a ‘take away’ basis, meaning customers can walk in and place bets or buy lottery tickets but cannot linger inside to play electronic games such as Kino.

While its shops were closed, OPAP reported an uptick in online lottery sales but its online sportsbook enjoyed no such boost due to the pandemic-related suspension of major sports events. However, OPAP accelerated the arrival of its first online casino products at the company’s Pamestoixima site.

The online casino launched in late-April with a wide selection of slots and table games, and has since debuted a full range of live casino products courtesy of supplier Evolution Gaming.