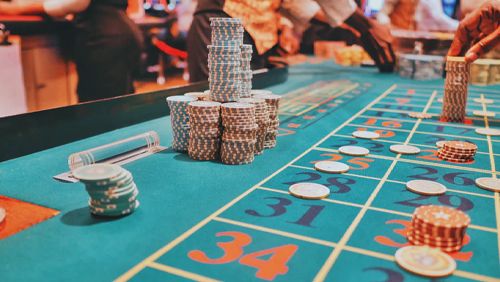 Provided there are no last-minute surprises, Malta-based sports gambling and iGaming operator Tipico hopes to branch out into the U.S. soon, targeting New Jersey as its first market. The company is waiting for regulators to sign off on its license request and, if it’s received, it will have the support of Scientific Games (SG). The two companies have entered a deal that will see Tipico’s iGaming solutions powered by the OpenGaming product suite, offered through SG subsidiary SG Digital, according to an announcement (in pdf) made by SG yesterday.

The new partnership will see SG deliver the Open Gaming System platform, as well as more than 2,000 games. These include both in-house and third-party titles, and SG’s solutions have already found success with other iGaming providers in the Garden State. As long as Tipico can secure the license, it plans on introducing its platform sometime this fall.

SG Digital’s senior VP for gaming, Dylan Slaney, says of the new partnership, “Tipico’s decision to select OpenGaming to power its new digital casino once again demonstrates the quality of our proposition, and reaffirms our position as a leading supplier in the state of New Jersey. We’re thrilled to be working with the team at Tipico and look forward to providing them with all the support to ensure that together we launch a successful offering.”

Tipico has approached the New Jersey Division of Gaming Enforcement to request its license, which would be operated as a sub-license under Atlantic City’s Ocean Casino Resorts. The company is also working with digital marketing company Digilant to develop a launch strategy, and sees Atlantic City as a springboard for further expansion into other areas of the U.S.

Tipico Managing Director for U.S. Business Adrian Vella adds, “We’re very excited to partner with Scientific Games to offer our U.S. sportsbook players a robust new iGaming offering. With a solid history in the highly regulated U.S. market, a huge library of games and proven platform technology, Scientific Games provides us with a strong foundation to build from as we continue to expand our gaming offerings.”

Tipico has been busy working on new deals this year as it expands its global footprint and is found in places like Germany, Malta, Gibraltar, Denmark and more. It has had modest success in the regions where it operates, even if it has run into a few issues along the way. Being awarded the New Jersey license shouldn’t prove to be an overwhelming challenge, and the introduction of additional iGaming solutions to the state’s online gambling landscape could prove lucrative to the company, as well as beneficial to consumers. Increased competition can only serve to increase better deals for gamblers and help to keep operators legitimate.