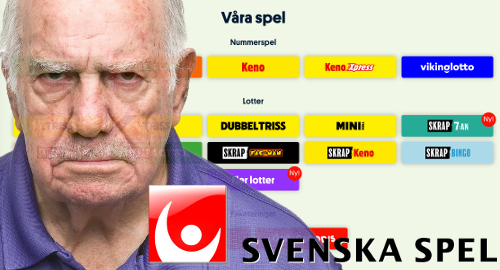 Swedish gambling operator Svenska Spel took a turn for the worse in the second quarter of 2020 after a certain virus brought a halt to major retail operations.

The quarter began just after Svenska Spel shut its four Casino Cosmopol venues due to COVID-19, entirely eliminating that revenue stream. The Vegas slots business remained active but at a reduced capacity as many restaurants chose to close down temporarily. The two land-based units reported revenue falling 61% year-on-year to SEK170m.

The Sport & Casino unit reported revenue falling 37% to SEK291m, primarily due to the pandemic-related halt of major sports events. The company claims this decline began to abate in May and things were more or less back to normal by June. The sports decline was also partially offset by higher online casino, poker and bingo revenue.

The dominant Tur lottery division bucked the downward trend with revenue up 3% to SEK1.18b, thanks in part to a spate of high Eurojackpot prizes on offer.

Svenska Spel’s share of Q2 revenue from digital channels jumped 11 points to 46% — mobile’s share rose eight points to 33% while desktop’s share was up only two points – as retail shutdowns convinced many digital laggards to finally make the switch. The company noted that many older lottery players contacted customer service during the quarter for tips on how this newfangled interwebby thing worked.

While Q2 may have been broadly negative, a solid Q1 performance and reduced marketing spending helped Svenska Spel eke out an 11.4% rise in H1 operating profit, while net profits rose 7.2% to SEK885m.

Last week, Sweden’s Spelinspektionen gambling regulatory agency released a financial snapshot of Sweden’s online market based on its licensees’ tax filings. While April 2020’s revenue fell 3% from the same month last year, May’s total was up 6%, although only 21 of the 53 total licensees reported year-on-year improvements.

What’s more, the overall gains were entirely due to the state-run AB Trav och Galopp (ATG) race betting business. Racing continued during the pandemic even as sports halted, and bettors were only too happy to temporarily transfer their affections to the track. Absent ATG’s contributions, Sweden’s online market revenue for the month of May would have fallen 14% year-on-year.