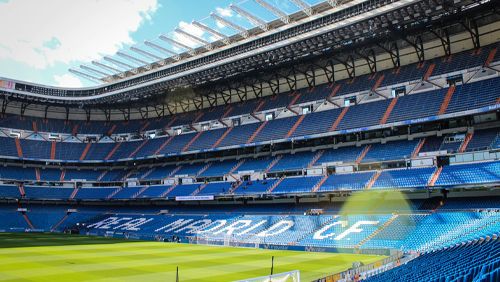 After a season that has been interrupted by the Coronavirus and a row with one of his best players, Zinedine Zidane and Real Madrid have been crowned La Liga champions for a record 34th time.

Since the global COVID-19 lockdown, the most decorated club in domestic Spanish football history added the latest La Liga title to their collection after 10 straight victories gave them the title, eclipsing a stuttering Barcelona side for whom Lionel Messi may have scored his 700th career goal but as a team looked light in certain areas of the pitch at crucial moments.

Madrid’s victory is all the more impressive given Barcelona’s recent dominance. In the 30 years since 1990, Los Blancos have won only nine title including this latest win, paling into insignificance when cast against the luminous 16 titles that have gone the way of their Catalan rivals.

Zidane’s side, however, have been imperious, building on a phenomenal defensive record of conceding just 23 goals compared to the 46 they shipped last season with one game to go.

In attack, Real have been exciting to watch, led by the skillful Benzema, and flanked largely by players such as Eden Hazard and Vinicius Junior. They are tough to penetrate, yet threatening at the other end of the pitch.

With happy players like Thibaut Courtois and Raphael Varane returning to something like their best form in seasons which may have defined their Real Madrid careers in the opposite manner had they fallen below standard, Real have also been able to call on the defensive nous and titanic leadership of Sergio Ramos. Two back-to-back 1-0 victories just when the title was on the line were sealed via penalties scored by Ramos himself.

The only blot on an otherwise harmonious landscape is Gareth Bale. Marooned in a stand-off against Zidane that threatens to see the last years of a glittering career spent sitting on the Madrid bench with a face mask over his eyes instead, Bale is the elephant that Zidane seemingly can neither placate or shift without extremely heavy lifting.

The Welsh legend and the man who sealed Madrid’s Champions League victory in two of their recent finals is unwanted by Zidane, but on a mammoth contract worth a rumoured €400,000 per week. No clubs is going to be able to offer him that amount to take him away from the Bernabeu, and Madrid wanted a fee last summer to send him off to China.

The deal failed to materialise.

Bale has still played the odd game, but a dozen appearances across a season where most other clubs in the world would have him starting every game looks from the outside like a circus trick gone wrong. Bale is happy to play the clown on a million Euros per month.

Despite this incredible success, Madrid are not at the end of their season. They lost the first leg of their Champions League tie at home to Manchester City 2-1, conceding two way goals, but a two-goal victory (or 3-2 or better) win at the Etihad might not be beyond them.

Here what happened in that first leg:

With their captain Sergio Ramos suspended for that tie, Los Blancos’ prospects looks bleak, but what price a Gareth Bale winner?

That really would be the story to end them all in a season that will always be remembered by Madrid fans – for good reasons and bad.