A few months ago, when gambling regulators in Colorado were busy with sports gambling operators looking to be issued a license, it may have seemed like the timing for a sportsbook launch was way off. The U.S., and the rest of the world, was just beginning to understand the severity of the coronavirus and virtually all sports activity in the country had shut down. Irrelevant facts, asserted PlayColorado’s Dustin Gouker, who predicted that Colorado was in a great position to lead the western part of the country in sports wagers. If this past May – with no NBA, NFL, NHL or MLB action in place – is any indication, Gouker’s prediction was right on the money. 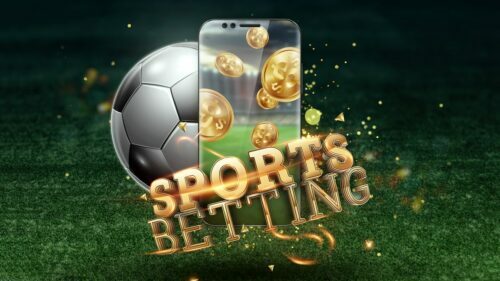 Before the coronavirus turned the sports world upside down, Colorado anticipated seeing just under $10 million in revenue from legalized sports gambling – for the entire year. That figure dropped substantially after COVID-19’s grasp was further understood, and suddenly, Colorado expected $1.5 million by the end of December. However, things could be looking up, as May’s handle was $25.62 million, according to the state’s Division of Gaming (in pdf).

For Colorado, that handle turned into just over $96,500. Not overwhelming but, recalling that there was no major sports action in the U.S. and the fact that May was just the first month the state introduced legal sportsbooks, the amount of return resonates even louder. It also provides a solid foundation for what’s to come if the sports leagues can launch as expected between now – with the NHL, NBA, MLS and MLB getting ready for reboots – and September, when the NFL still hopes to get its players on the field.

Taking the lead in sports wagers in May was table tennis, which managed to grab 25.7% of the action for a handle of $6.58 million. That feat won’t be reproduced, however, as table tennis has fallen out of favor due to concerns over possible match-fixing. Colorado, along with New Jersey, asked its new sportsbooks to take down lines on international table tennis events last week as the issue continues to be investigated.

Following table tennis, mixed martial arts (MMA) fights saw a lot of action, with overseas baseball, soccer and golf rounding out the top of the list. While there isn’t any live football action to wager on, football futures also proved to be popular, receiving around $252,000 in wagers. With an overall handle of $25 million, football’s cut was substantial, and is a good indication of what is possible should the NFL go live this fall as it hopes. There’s still a possibility, though, that the upcoming season might have to be altered.

To emphasize Colorado’s success even more, and show how smart the state was when it created the sports gambling framework, 100% of the wagers came through online sources. This means that gamblers quickly learned how to maneuver sports gambling apps to place their bets, and that Colorado was able to get its new market off the ground with relative ease. Other states – the ones that didn’t think online gambling was important – are all suffering because they couldn’t see the bigger picture, and will continue to do so while online gambling states start to rake in the money.