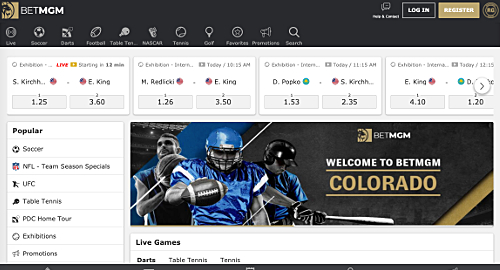 Colorado’s legal sports betting market made its May 1 launch target, providing a rare bit of positive news for the state’s struggling casinos.

The lack of urgency in launching betting operations has a lot to do with the current dearth of major sports on which to wager due to the ongoing COVID-19 pandemic. There are also no retail betting options at present due to the pandemic-related shutdown of all land-based casino operations on March 16.

The shutdown was reflected in the state’s official figures for the month of March, which saw the 33 casino operators report gaming revenue of just $31.9m, a 56% decline from March 2019’s returns. April’s revenue will be flat zero, and even if operators do get the nod to relaunch operations this month, it will likely be on a significantly reduced capacity basis.

This presents a fiscal challenge not only for casino operators but also for state and local governments through lost tax revenue and massive unemployment among furloughed casino staff. Gilpin County, where over 82% of residents work in casino-related hospitality, was recently ranked #1 on the list of US jurisdictions to have taken the biggest economic hit from the pandemic.

A recent report in the Colorado Sun had industry figures predicting that some of the state’s smaller casinos may not reopen once state regulators signal the resumption of gaming operations. Others suggest the small casinos may have an edge over their larger rivals in that customers may fear going anywhere they have to share a confined space with a large number of people.

Some operators also suggest that the state’s gaming industry could enjoy a short-term benefit due to the public’s even greater fear of boarding an airplane, which could diminish the appeal of traveling to casinos based in other states, such as Nevada. But only time will tell if and when Colorado’s casino market will return to its former glories.