Home / Sports / Is the NFL slipping toward a non-season? 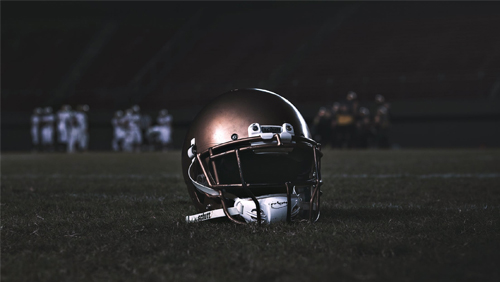 Being an avid football fan, no one wants to see the NFL keep its promise of holding the 2020-21 season as planned more than me. However, no one can face the current global coronavirus pandemic with blinders on, and recent actions by the league are becoming a little worrisome. The Hall of Fame Game, which should have taken place on August 6, has already been pushed back almost an entire year, and the number of preseason games to be played has now been cut – and might be eliminated entirely. In addition, the start of the preseason will be delayed, and one can’t help but wonder if the changes are precursors to an eventual delay or cancellation of the season. At this point, football fans should remain optimistic, but keep in the back of their minds the thought that something wicked may be coming.

According to several sources, the NFL has decided to eliminate two weeks of preseason action, erasing the games that would have taken place in Week 1 and Week 4. In addition, there is talk that the NFL Players Association (NFLPA) may suggest something different and could look to have the entire preseason canceled. No definitive response has yet been given, but it’s apparent that some sort of change is coming.

The league is being forced to make additional changes as teams haven’t been able to spend the time on the field practicing as would normally be needed. By eliminating the two weeks, and delaying the start of the games, teams can get players suited up and on the field, running drills and plays in preparation for the regular season. So far, September 10 is still the tentative launch date for the NFL games.

Brandon McManus, kicker for the Denver Broncos and the team’s union rep, seems to know something the rest of us don’t. He tweeted yesterday, “Be ready for 1 or 0 preseason games. Won’t be 2.” Football fans hope he’s wrong.

He may not be, though, and even NFL Commissioner Roger Goodell has suggested that folks need to be aware that a season cancellation is still on the table. There have been spikes in the number of coronavirus cases across the country and, while the NBA and NHL may be able to play in bubbles, that isn’t feasible for an entire season of NFL action. Talk has begun to surface of players having their travel restricted to the same day as games, and this is already receiving negative responses from players. With a handful of games already lost in the upcoming season, even if they weren’t regular season games, fans are going to be on pins and needles.

Bill Cowher, the former head coach of the Pittsburgh Steelers who would have been inducted into the Football Hall of Fame this year, is keeping his guard up about football being able to make an appearance as scheduled. Now a football analyst with The NFL Today on CBS, the Super Bowl-winning coach told Ed Bouchette of The Athletic, “I still think we have a long way to go. It’s going to come down to the league and the NFLPA feeling comfortable moving forward, and even within that, if they come up with a set of guidelines, and now a player who doesn’t feel comfortable, he may not want to be part of it. It affects people differently not only from a physical standpoint but from a mental standpoint. … I think we have to respect that.”

It’s about six weeks until the first preseason games should be held, and players aren’t yet able to practice as they normally would. There’s a lot of work to do in a very short amount of time, and football fans around the world need to collectively think positive thoughts if they want to see their favorite game this fall.