Home / Bitcoin / Paypresto will build any kind of transaction for your app, make it easy to pay 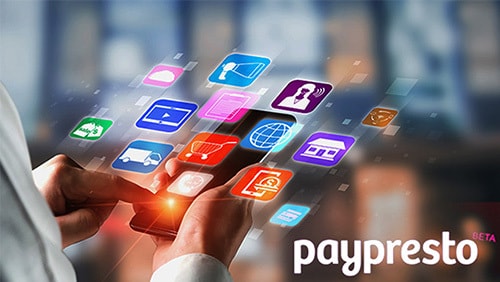 This is a guest contribution by Jon Southurst, a writer with CoinGeek.com. Companies like Paypresto are developing easy to implement solutions so that any company can implement easy Bitcoin SV payments. Southurst explains how their solution will soon offer cheap and secure transactions for any business. This article first appeared on CoinGeek.com.

Paypresto will build any kind of transaction for your app, make it easy to pay

One big advantage to developing on Bitcoin SV is the number of interesting toolkits and plugins emerging, all of which make apps faster and developers’ lives easier. The latest one is Paypresto, a “simple widget” that connects all kinds of complex transactions to a variety of existing wallets.

The advantage here is that, by adding Paypresto code, developers won’t have to build their own wallets from scratch if they want their apps to handle more complex transactions.

One of the big pain points BSV app developers face is how to create data and non-standard transactions within the constraints of consumer wallets – all without building your own wallet.

It works like this: developers build their app to handle any kind of transaction possible on BSV, “from R-Puzzles and other complex scripts, to Metanet and data carrier scripts.” The widget then connects it to a wallet that’s already popular with users, and they can fund the transaction by pushing a button.

Paypresto’s online demo has built-in buttons for HandCash, Money Button and Simply.Cash. Russell said his aim is to support “any and every” wallet available, and if developers find one that isn’t compatible, they should contact him to get it included.

Currently in beta and “not quite ready for production use” yet, PayPresto is a JavaScript library that takes transaction outputs from the app it’s installed on, and creates a payment invoice that any wallet can read.

The user then sees a (customizable) pop-up window showing all the details of the transaction.

To demonstrate how Paypresto works (and appears to ordinary users), Chronos Labs has created a mini-app on its website, where people can draw a simple picture and upload it to the blockchain with a transaction from one of the three wallets mentioned above.

Hopefully this isn't the last art I put on chain https://t.co/1BO15lU3FL

Proxypay deducts a small fee from every transaction to pay for the service—e.g. $0.004 in fees for a 4-cent Twetch post. The fees get lower by percentage as the value of the transaction increases (0.5% for transactions of $5 or more).

Paypresto is similar to Proxypay, a previous Chronos Labs attempt at the same set of tasks. Proxypay instead used Planaria’s Bitsocket to “listen” for funding UTXOs—however, Russell said this cause latency issues at times, particularly when there was a high volume of transactions on the BSV network.

The different in Paypresto, which was rewritten from scratch, is that it doesn’t depend on any third-party services to work. As the name suggests, it was designed to be fast. It definitely is that.

BSV’s development ecosystem of integrated services, and active developer community, is creating an environment where ideas can get to market far quicker. Even if app developers themselves don’t have the full range of technical skills to write an entire complex and data-heavy application, there are toolkits and external services to make handling its advanced functions much easier.

This is visible already in services with HandCash, Relay or Money Button payments built-in (or which can be easily connected by the user). BSV apps are far easier to use as a result, and are able to demonstrate the power of small/micro-payments the way they always should have been.

BSV apps and services will only get more impressive as developers discover what’s possible. At the moment, we’re only seeing the beginning. Aspiring developers would be well-advised to note the opportunities available, and jump in at these early stages.