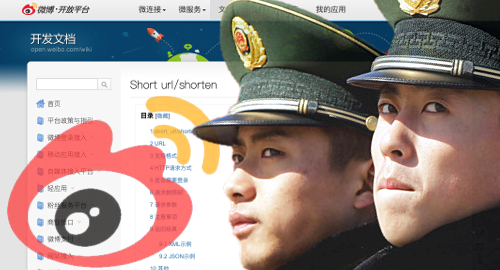 China’s version of Twitter is altering its terms of service in a bid to minimize users’ ability to promote unauthorized gambling websites.

The change, which will be launched early next month, involves limiting access to the platform’s free URL shortening service, which allows users to hide the ultimate destination of the external links they include in their messages.

Come August, the link-shortening service will remain free for “government, news and certified enterprise websites.” Other websites will need to apply for inclusion in Weibo’s whitelist, and the company claimed that messages promoting websites not accepted for this whitelist will “no longer support jumping.”

Weibo said it was taking this step because a growing number of its users were using short URLs to promote “illegal information” including gambling and pornography. Weibo claimed this had “seriously disrupted the community order and affected the user experience” of Weibo’s half-a-billion registered customers.

In January, Weibo announced that it had expunged 360k shortened URLs related to gambling and other ‘vulgar diversions’ in just the final three months of 2019. Weibo said it had dramatically improved its technical capacity to identify and eliminate unauthorized content and would refer offenders to public security officials for potential prosecution.

China’s Ministry of Public Security has been trumpeting its enhanced efforts to stamp out ‘cross border’ gambling activity, resulting in 257 criminal cases in the four months starting in March. Seemingly every day, at least one provincial branch of the Ministry announces the disruption of illegal online gambling operations and/or their payment processing support services.

For example, Thursday saw the Public Security Bureau of Baise City in Guanxi province announce the arrest of 108 ‘criminals,’ including 17 alleged ringleaders, suspected of involvement in an online gambling operation with an estimated 18k customers across multiple provinces.