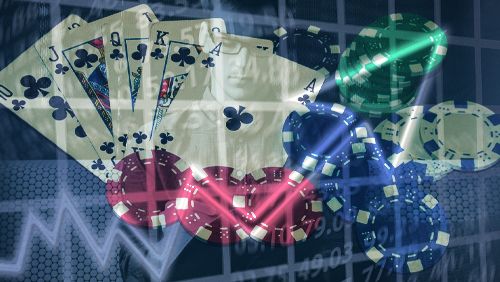 If everything goes according to plan and the world doesn’t have to deal with another debacle like the coronavirus pandemic, Germany’s gambling industry could see huge improvements. Goldmedia, a firm dedicated to consulting and research, has crunched the numbers and looked at the path the country’s gambling market is on, and has come up with some pretty impressive figures. In just four years, absent any surprises, Germany’s gambling industry will have grown to be worth €3.3 billion ($3.72 billion). That’s around €1.1 billion ($1.24 billion) more than it’s worth now.

Goldmedia, on request of CasinoOnline.de, put together its report, taking a look at gambling areas such as lotteries, sports gambling, gaming machines and casinos through the end of last year. During that time, the turnover seen across all channels increased by 5.5% to reach €16.3 billion ($18.32 billion). The growth rates associated with online casinos and sports gambling were greater than with the other segments, increasing by 10.6% and 18.6%, respectively. However, gaming machines are still the most profitable, providing 42% of the aggregate revenue.

Of course, the numbers for this year are going to be down because of COVID-19, just like has been seen all across the globe. By the time the year is done, Germany’s gambling market will have contracted by around 12.9% year-on-year, according to Goldmedia. However, there is still a huge attraction to gambling in the country, which will help the industry recover.

Goldmedia included a survey in its report that shows how the country’s tighter gambling laws are expected to be positive for domestic growth. 62% of those who responded to the survey indicated that they will use locally-licensed operators, while 38% are planning on sticking to their old ways, including the use of offshore, unregulated sites. As Germany continues to crack down on the latter, though, gamblers are going to find that they have no choice but to make the switch.

Online slot machines remain highly popular, with 12% of respondents indicating that they use the virtual one-armed bandits on a daily basis – another 32% take the machines for a spin each week. Not surprisingly, the majority of the online slot activity is conducted through the use of smartphones, with 65% of the action scene through mobile devices.

Despite the belief that offering online gambling will turn everyone into mindless gaming addicts, Goldmedia’s investigation didn’t find that to be the case. In fact, overall, more than half of those who responded to the survey – 52% – indicated that they spend less than €50 ($56.44) a month gambling online. No additional information was given on what the upper limits may be; however, the fact that 81% of the respondents are happy with policies designed to protect them, such as limits on deposits, the overall German online gambling market appears to be more mature and responsible than what some other jurisdictions have envisioned.

There have been assertions that gambling expansion of any kind leads to more problem gamblers; however, there has yet to be a single conclusive study to back this up. In fact, all studies have shown that those who could be considered “problem gamblers” only make up around 4-6% of the entire gambling market. Goldmedia’s findings not only show that Germany is set to capitalize intelligently on gaming, but that common-sense regulations can help the industry grow and mature with little negative impact.