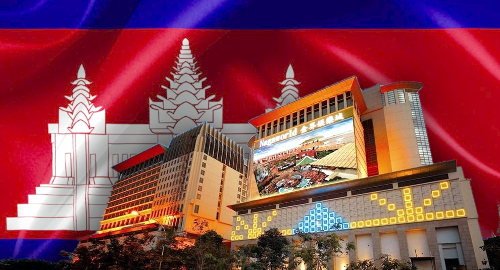 On Friday, Cambodia’s Prime Minister Hun Sen declared that casinos would be allowed to reopen provided they obtain the approval of Ministry of Health officials. A government spokesman announced the PM’s decision in a Facebook post following the government’s weekly cabinet meeting.

Cambodia’s casinos, including NagaCorp’s NagaWorld facility in Phnom Penh and the smaller gaming venues in border areas such as Bavet and Poipet as well as the once-thriving Sihanoukville region, were all ordered closed on April 1 as the government attempted to flatten its COVID-19 curve.

The medical measures that casinos will be required to impose weren’t specified in the report. The government has reportedly promised unspecified tax breaks for the country’s casino operators, which could end up benefiting their rank-and-file staff, many of whom have struggled financially during their COVID-19 furloughs.

The reopening can’t come quickly enough for Donaco International, which runs the Star Vegas casino in Poipet. The struggling company announced Friday that it was in “urgent need of capital” due to COVID-19 and was looking to raise AU$14.4m (US$10m) via a “fully underwritten pro rata non-renounceable entitlement offer.”

Cambodia’s cabinet also reportedly approved a draft of the country’s long-delayed gambling law, which the government has been working on for nearly a decade without any tangible sign of progress. The draft, which has yet to be submitted to the legislature, reportedly underwent some revisions by the cabinet, the details of which have yet to be revealed.

What is known is that the law will establish a dedicated gaming regulator under the Ministry of Finance, impose rules regarding the issuing of gambling licenses, set minimum capital requirements for casino operators and introduce measures intended to minimize money laundering and terrorist financing.

What definitely isn’t included in the revised draft is any proposal to drop the current prohibition on local residents gambling in casinos. Government officials have occasionally floated the odd statement regarding dropping this rule, apparently in a bid to gauge public response, but a government spokesman said Friday that casinos were there to draw foreign tourists, end of story.