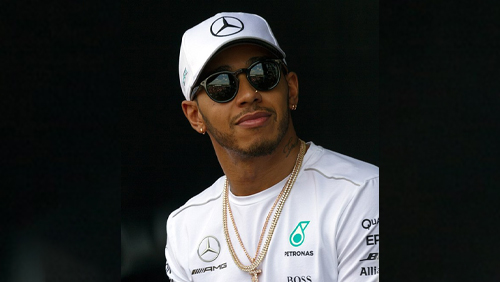 There were to be a record-setting 22 Grand Prix events on the Formula 1 circuit this year starting in March, but the coronavirus affected that sport just like every other one on the planet. There have been several cancellations and schedule shifts on the slate, and F1’s 70th anniversary season now will open Sunday with the Austrian Grand Prix, which takes place over 71 laps of the 4.318-kilometer (2.683 miles) Red Bull Ring in Spielberg.

The Austrian Grand Prix debuted in 1963 but wasn’t held from 1988-96 or 2004-13. Ferrari and McLaren hold the team records with six wins apiece in this race, while Alain Prost has won it a record three times among drivers.

Arguably the most dominant individual and team in sports right now are British F1 driver Lewis Hamilton and his Mercedes racing team. Hamilton has won six straight drivers’ championships and Mercedes has won the past six constructors’ titles. Hamilton is -164 to win another title and Mercedes is -400. Valterri Bottas is the other Mercedes driver.

Hamilton has 84 career F1 wins, seven behind the all-time record of 91 set by the legendary Michael Schumacher. Hamilton has averaged nine wins per season since joining Mercedes in 2013, so he may have passed Schumacher in a normal 2020 season. Perhaps not now. Hamilton has 19 career wins when leading every lap in a race. That’s tied for the record with Ayrton Senna.

The Austrian Grand Prix is a rare race where Hamilton is not a defending champion, but he’s still a +150 favorite. His lone victory in Austria came in 2016. Mercedes has won the race since, however, as Bottas was the 2017 champion when he set a race time record of 1:21:48.523.

The two-time defending race champion is Dutchman Max Verstappen of Red Bull Racing, and he’s +200. Verstappen passed Ferrari’s Charles Leclerc in Turn 3 with just two laps remaining last year. Verstappen had to wait three hours afterward to learn he officially won as stewards finally cleared him of any wrongdoing from when Verstappen banged wheels with Leclerc on that Lap 69 pass.

Leclerc finished second, while Bottas claimed the final podium spot in third and Hamilton was fifth. Leclerc is +425 for Sunday and Bottas +600. Leclerc has two career wins, both last year in Belgium and Italy. Bottas has seven career F1 victories. Four of those came last year, including at the United States Grand Prix.