A year ago, everyone expected Japan’s new gambling environment to be highly evolved by now. Scandals and global pandemics have gotten in the way, though, forcing the national government to shift its priorities. While the plan to see integrated resorts (IR) come to the country one day continues, they certainly won’t be seen within the timeframe initially planned. Before anything can happen, Japan needs to create a blanket “basic policy” to provide guidance to those areas interested in hosting an IR, and the delays in the creation of the framework are forcing delays all the way down the line. Yokohama thought it might be able to have its local guidelines in the works by now, but has announced that it is going to hold off because of the national government. 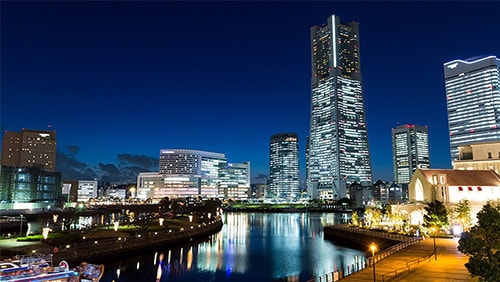 Yokohama’s city council was expected to meet yesterday to go over the city’s implementation policy draft. However, since Japan’s Diet has to lay out the foundation for the locations that want to host an IR, no local policy can be created until the basic policy is presented. The meeting yesterday would have been used to discuss the different options and requirements for an IR as the city plans on battling for one of the three first casino licenses, but it would be an exercise in futility without understanding what the country’s plans are going to look like.

As a result of the delay, the expectation of being able to announce Yokohama’s implementation policy will most likely be postponed once again. This past April, the city announced that it would put off the presentation of its plan from June to August, and that timeline might be impacted further due to the current situation. Still, Yokohama is fully behind the idea of having an IR in its backyard, and will persevere through the turmoil.

The good news is that neither the delay nor the economic impact caused by COVID-19 will alter Yokohama’s plans too much. The city is spending $3.7 million in campaigns to promote the IR, and Yokohama Mayor Fumiko Hayashi plans on sticking with that budget. Some locals believed the money should have been reallocated to combat the coronavirus, but the mayor doesn’t agree. She said during a City Council meeting last week, “The IR is a national project. We have received congressional vote to promote the project. It is necessary to proceed with efforts [as a city]. We are also making public relations efforts with residents.”

Nagasaki and Osaka have also been working on their own programs to present bids for an IR, with each having taken different routes. Osaka has delayed its process a few times already, but Nagasaki has been actively continuing to build up its efforts. Interest continues to remain steady, especially in Nagasaki. Get Nice Holdings just made a $3.2-million deposit on an agreement to form a partnership with a local entity, Current Corporation, in order to present an IR project. The deposit follows an initial agreement made between the two entities that was announced in January of last year.