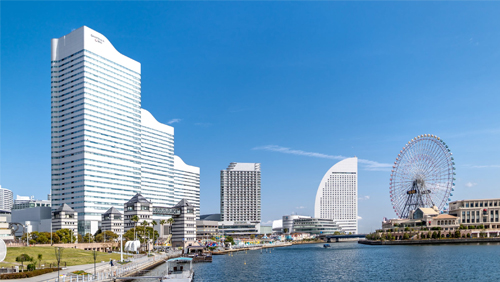 Mayor Fumiko Hayashi has had to reverse course pretty quickly on recent comments she’s made about his city’s Integrated Resort (IR) process. After insisting things had to go on as scheduled, she’s now backtracking, saying that some parts will have to be delayed. That could open up an opportunity for Genting Singapore to get their bid into the mix.

GGRAsia reports Hayashi now expects the request for proposal (RFP) process for Yokohama to be announced in August, rather than the originally scheduled June timeframe. The implementation policy for an IR is also delayed by the same amount of time. The reason given for this delay is now specifically due to the COVID-19 outbreak.

Previously, Hayashi had told the media that Yokohama would stick to its June deadline. She had refused to delay matters at that point because the Japanese national government was sticking to their January to July 2021 timeframe to accept bids. But she now believes Yokohama can get their bid in, even with a two month delay.

Yokohama has several operators interested in winning their RFP process, but the one making news is Genting Singapore. The operator of Resorts World Sentosa filed their Annual Report on August 15, and their Yokohama got a mention in Chariman Tan Sri Lim Kok Thay’s statement.

“On 4 February 2020, an Extraordinary General Meeting was held in which shareholders near unanimously voted in favour of an investment amount not exceeding USD 10 billion for the development, operation and/or ownership of an IR in Japan,” he wrote. “We continue to be engaged in the ongoing Request for Concept (RFC) by Yokohama City and focus our efforts and resources in delivering a compelling proposal which will make Yokohama a must-visit tourism destination with particular prominence in MICE [Meetings, incentives, conferences and exhibitions] and leisure.“

That proposal will have to be compelling, because Genting Singapore is up against stiff competition. With Osaka looking like it’s been locked up by MGM Resorts, Yokohama is getting the attention of Genting, but also Melco, Wynn, Galaxy Entertainment, and Sands.