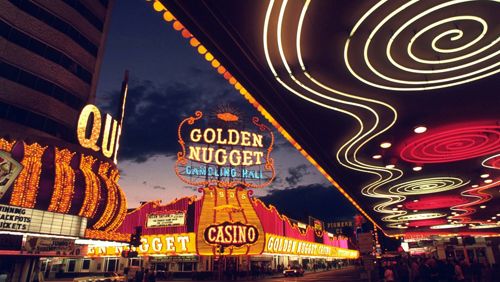 As has been the case across the U.S, Pennsylvania is hurting for cash as a result of the coronavirus pandemic. The Keystone State has seen a major drop in revenue over the past couple of months, thanks, in part, to the loss of its 12 physical casinos and the nationwide sports stoppage. The latter resulted in Pennsylvania’s sportsbooks not being able to provide any tax revenue to the state, and the only savior has been the ability to continue with online gambling. However, it hasn’t been enough to offset the losses, so it’s time to think outside the box and consider new ways to generate revenue. Lawmakers are contemplating an expansion of gambling options in the state, which would go a long way to helping the recovery process, but at least one casino operator doesn’t think it’s a good idea. Penn National Gaming has now come forward to publicly state its opposition to any additional gambling activity.

Some lawmakers in the state have begun to talk about possibly allowing video gaming terminals (VGT) to be installed at locations other than truck stops where they’re currently found. There is also chatter about legalizing skill gaming terminals, another type of slot offering, with the possibility of seeing the machines in places like bars, restaurants and more. The machines would help small businesses get back on their feet and, with a betting cap of $5, are relatively low-key offerings.

The senior VP of public affairs and government relations for Penn National, Eric Schippers, doesn’t agree. He shot off an email to Casino.org to express the company’s concerns over gambling expansion in Pennsylvania, asserting that the casino operator is “firmly against any further gaming expansion in Pennsylvania.” He added, “The Legislature is once again rushing to consider a bill that will severely cannibalize existing operators and the jobs they support. Pennsylvania is beyond the point of saturation from a gaming perspective.”

There’s a difference between “saturation” and “market dominance,” and Penn National’s argument that the gambling expansion would cannibalize existing operations doesn’t hold up to scrutiny. Sure, there will be some individuals that are taking advantage of a cold beer while plopping down money in a VLT at a bar, but this is never a replacement for a casino. Las Vegas, where slot machines can be found virtually everywhere, has been able to create a thriving casino market, despite the number of machines it has.

The fact that the VLTs have a limit of $5 also means that they will capture a completely separate market segment. Penn National may believe that it should be able to attract 100% of the gambling population, but that’s an unrealistic goal that couldn’t be achieved even if it were the only game in town.

Skill gaming machines aren’t regulated or taxed in Pennsylvania now, even though they’ve been popping up across the state. Legalizing and regulating them is a win for the state, as well as casinos. It would give the gambling houses the ability to bring in more options and they also could serve as a steppingstone for some individuals to get into higher-paying alternatives. Unfortunately, sometimes, people simply can’t see the forest for the trees.