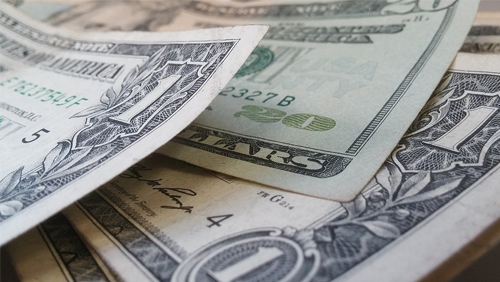 Eldorado Resorts and Caesars Entertainment have been slowly making their rounds across the U.S., asking gaming regulators for permission to get married. Everything had been running smoothly, with no major objections, before the coronavirus pandemic came in and slowed the process down considerably. With only a small handful of regulators still needed to give their blessing, it isn’t clear when the wedding ceremony will be able to take place. In the meantime, Eldorado has found itself looking to build up its amount of available cash and has apparently been able to score a few big deals. In total, the casino operator has just raised $1.2 billion.

One of the deals was with Vici Properties, the real estate investment trust (REIT) that loves the casino market. Eldorado and Vici have agreed to a five-year mortgage arrangement for the Caesars Forum Convention Center at Caesars Palace on the Las Vegas Strip that is reportedly worth $400 million. In addition, Vici will “acquire approximately 23 acres of undeveloped land parcels adjacent to the center of the Las Vegas Strip for $4.5 million per acre, for total proceeds of approximately $103.5 million. The total expected proceeds from both transactions is approximately $503.5 million.”

Vici already owns the real estate assets at Caesars Palace, which is one of the many Caesars properties that Eldorado hopes to scoop up once the marriage between the two is consummated. It isn’t clear what Vici plans on doing with the undeveloped land on the Strip, but the sky’s the limit. The Strip could always use another water park.

The second deal won’t be a big hit with investors. Eldorado is going to sell 18 million shares of its stock, which is going to dilute existing share values. The ramifications of the offer, which was announced after the markets closed yesterday, has already been felt, and Eldorado’s stock saw several fluctuations in its price. When trading ended yesterday, Eldorado sat at $38.44, and 18 million shares sold would allow it to pick up around $692 million in cash. Underwriters of the offering can also purchase an additional 2.7 million shares within 30 days if they decide to take a bigger slice.

The Eldorado/Caesars merger is still waiting on approval from Nevada, New Jersey and Indiana, as well as that of the Federal Trade Commission (FTC). New Jersey announced earlier this month that it was going to need more time before considering the issue, and Indiana confirmed about a week ago that it would discuss the matter at its meetings next month. Nevada will more than likely follow suit.

Eldorado also picked up a little support yesterday through an agreement with another casino-focused REIT. The company announced that it reached an understanding with Gaming and Leisure Properties (GLP) that will allow it to avoid any rent increases this year or in 2021 at any of the properties of which GLP holds the real estate assets. In 2022 and 2023, the rent can increase by 1.25%, then 1.75% the next two and, finally, 2% each year forward starting in 2026.

How to find investors for a startup or business expansion
Erik Gibbs
22 December 2020
.