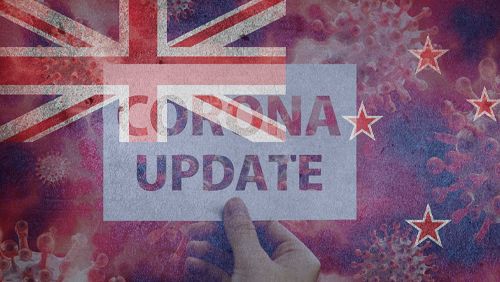 While sport around the world has returned to empty stadiums; New Zealand gave the world look into the future, with sold-out stadiums returning in time for the revamped Super Rugby competition. The New Zealand government ended COVID-19 restrictions with crowds celebrating to watch the first two games of the new season in Dunedin and Auckland.

New Zealand had reported no new COVID-19 cases for over 20 consecutive days and suffered only 22 deaths since the beginning of the pandemic.

The lifting of the restrictions was cause for celebration. Forsyth Barr Stadium in Dunedin saw 20,000 fans turn up to watch the Otago Highlanders do battle with the Waikato Chiefs in game one of Super Rugby Aotearoa. There were no contact restrictions or facemasks as the home crowd enjoying a thrilling ending. Bryn Gatland, the son of the opposition coach kicked the winning drop-goal, sealing a 28-27 win for the Highlanders.

People love shaky iPhone footage of Scarfies on the piss! It has had a few views… https://t.co/43SwhB52c2

In Auckland, a crowd of 42,000 were overjoyed at the Blues taking on the Hurricanes at Eden Park. Fans were treated to a flyover from the air force to mark the return to normality. The pre-game ceremony honoured the work done by New Zealand’s hospital staff and essential workers. The home crowd were happy to see superstar signing Beauden Barret lead the Blues to a 30-20 win over his former side.

International sport is slowly returning across Europe and the rest of the world. AFL and NRL have restarted in Australia, with rugby confirmed to restart on July 3. The English Premier League is set to return to action June 17. The NBA and the MLS have both chosen to resume their competitions in Florida in a hub style environment. New Zealand is punching above its weight in the return to a new normal and for now, the sporting world is loving it.