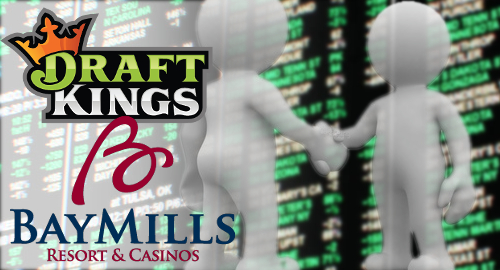 Sports betting operator DraftKings has added Michigan to its list of legal wagering states via a deal with a local tribal casino operator.

On Thursday, DraftKings announced that it had signed on with the Bay Mills Resort & Casino outside Sault Ste. Marie, Michigan, which is operated by the Bay Mills Indian Community. The deal covers a retail sportsbook as well as mobile and online betting, although Michigan isn’t expected to have its digital betting regulations in place until next year.

DraftKings share price, which has been on an absolutely untethered-from-reality tear since its listing on the Nasdaq exchange in late-April, is currently up around half-a-buck to $40.70, roughly four times its value at the time of its initial public offering.

Michigan has cleared its casino operators to launch retail wagering when they’re ready, although the casinos were forced to shut down in mid-March during the COVID-19 pandemic. The Bay Mills casino announced Monday that it plans on reopening to the public at 10am on June 12, albeit with a limited offering and the standard health & safety precautions in place.

DraftKings’ archrival FanDuel launched its retail betting operation at Detroit’s MotorCity casino in early March, just days before the city’s three casinos were forced to close their doors. Neither Motorcity, MGM Grand Detroit nor Penn National Gaming’s Greektown property have yet to learn when Gov. Gretchen Whitmer might include them in the state’s economic restart.

A handful of the state’s 23 tribal casinos, who as sovereign governments aren’t subject to Whitmer’s edicts, have begun relaunching their gaming operations. They’ve also been busy striking betting partnerships, with FoxBet (the joint venture of The Stars Group and Fox Sports that is now part of Flutter Entertainment), Pointsbet and William Hill all coming to terms with local tribes.