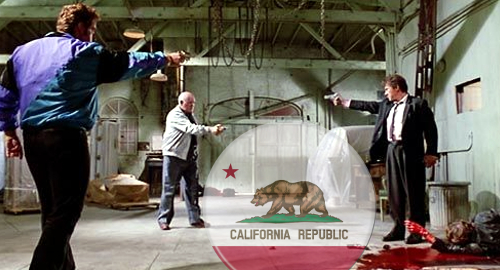 California’s latest sports betting legislation took a small procedural step forward on Tuesday but not before getting knocked back a mile or two by the state’s tribal gaming operators.

On Tuesday, the California state Senate Governmental Organization Committee voted 9-3 in favor of Senate Constitutional Amendment 6, the betting bill put forward by Sen. Bill Dodd, who chairs the committee, and Assemblyman Adam Gray. SCA-6 will now travel to the Senate Appropriations Committee, which has scheduled its next hearing for June 9.

SCA-6 aims to legalize both land-based and online wagering through the state’s racetracks and tribal casino operators. The tribes would also get to add roulette and craps to their gaming mix while the state’s cardrooms would get legal cover for their controversial ‘player-banked’ games.

But the tribes prefer their own proposal to amend California’s constitution to allow land-based betting. They’re also adamantly opposed to rewarding the cardrooms in any way, especially not by legalizing an activity the tribes view as a direct infringement on their supposed monopoly over house-banked card games (baccarat, blackjack, etc.).

Last week, the California Native Indian Gaming Association (CNIGA) issued a statement saying its members were “vehemently opposed” to the state formally authorizing any expansion of cardroom gaming. Representatives of 20 gaming tribes were either at Tuesday’s hearing or submitted written testimony, and their views haven’t softened any since last week.

Sports Handle quoted Cahuilla Band of Mission Indians chair Daniel Salgado accusing Dodd of lying when he claimed to be working with the tribes on finding an acceptable solution. Jeff Grubbe of the Agua Caliente Band of Cahuilla Indians wondered why a betting bill included goodies for cardrooms with a history of “circumventing the law.”

These views were echoed by Sen. Steve Glazer, who said SCA-6 “erodes the economic stability of the tribes.” Sen. Dodd said he was open to possible amendments reflecting the tribes’ concerns and vowed not to bring the bill to the senate floor for a vote until he’d had “good-faith discussions” with the tribes.

Among the voices speaking in favor of SCA-6 were reps from the cardrooms, racetracks, professional sports bodies and betting operators. SCA-6 has been pitched as a means of helping to plug the state’s estimated $54b budget deficit, although betting tax revenue would — initially, at least — be a rounding error in a state the size of California.

An Eilers & Krejcik Gaming report claimed that, if mobile wagering was permitted, a mature California betting market could be worth over half-a-billion dollars in annual tax revenue for the state. The Agua Caliente Band’s Grubbe disputed these figures, saying betting tax revenue “will have no meaningful impact on the massive budget deficit.”

The tribes’ bid to acquire the necessary 1m signatures to get their betting proposal onto the ballot was forced to halt due to COVID-19 while the legislative effort faces no such obstacle. Sen. Andreas Borgeas, who voted against SCA-6 on Tuesday, expressed concern that even if the legislature approves the bill, “the tribes are going to take this to court and this will be stuck in litigation for a significant period of time.”

The tribes’ opposition can’t be discounted, given that the SCA-6 will require 2/3 support in both legislative chambers in order to make it onto November’s ballot. Even if SCA-6 gets on the ballot, the tribes have vowed to bring their not inconsiderable influence to ensuring the public views it with suspicion.

California’s legislators are scheduled to adjourn for the summer on June 19, while June 25 is the final day for measures like SCA-6 to qualify for November’s ballot. Tick, tick, tick…