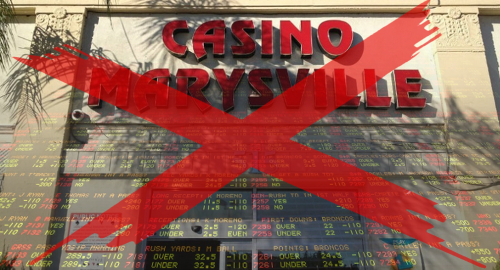 California has yet another sports betting bill to consider, although gaming tribes aren’t on board and the state’s cardrooms have suffered yet another regulatory black eye.

Last week, two California legislators fleshed out their earlier proposal to legalize sports betting in the Golden State. The proposed constitutional amendment by state Sen. Bill Dodd and Assemblyman Adam Gray needs to secure the approval of two-thirds of legislators in both of their respective chambers by June 25 to appear on this November’s election ballot.

The bill, which has a date with Dodd’s senate committee on Tuesday, would tax land-based wagering revenue at 10% and mobile revenue at 15%, with betting licensees also required to contribute 1% of revenue for responsible gambling programs. Licenses would cost $5m with an additional $1m for a mobile wagering option. Licensees would be required to use official league data for in-play betting.

Crucially, the proposal would allow wagering only through tribal casino operators and state racetracks, leaving the state’s cardrooms out of the mix.

The tribes have their own land-based betting proposal seeking to get on November’s ballot that offers diddly-squat to the cardrooms. On Friday, the California Native Indian Gaming Association (CNIGA) issued a statement thanking the pols for their effort but expressing “concerns” over the cardroom language.

CNIGA chair James Siva said his members are “vehemently opposed to including an expansion of gaming to a segment of the gaming industry that has proved, for decades, to be unwilling to follow the rules and regulations that guarantee a fair and safe gambling environment, and that comply with federal laws designed to stop money laundering.”

As if on cue, Friday saw California Attorney General Xavier Becerra announced regulatory settlements with three cardrooms for demonstrating “an inability or unwillingness to comply with California law including failing to take corrective measures or adequately respond to requests for information.”

The sanctioned cardrooms include the Magnolia House Casino, which was ordered shut in January after it was found to be “seriously underfunded.” A settlement with the California Gambling Control Commission (CGCC) will see the casino’s owners pay $50k toward costs associated with the investigation.

The Paso Robles Central Coast Casino will pay $65k to pay the costs of an investigation that found the operators “failed to maintain adequate financing, ignored notifications to correct non-compliance issues, impeded regulators by failing to provide requested surveillance footage, and improperly used third-party funds for its own benefit.”

Casino Marysville owner Sau Phong must pay $50k for violating state and local gaming laws and demonstrating “a pattern and practice of an unwillingness or inability to comply with the law.” All three cardrooms have been ordered sold to ensure their owners have no more connection with the industry.

The enmity between cardrooms and tribal casinos has heated up in recent weeks as the tribes – which, as sovereign states aren’t required to adhere to state laws – have begun relaunching their gaming operations while the cardrooms are stuck waiting for the state’s okay. The Towers Casino in Grass Valley opened without state permission on May 19 and was shut down by state officials the following day.

The tribal ballot initiative’s quest for the required 1m signatures was reportedly going smoothly until the COVID-19 pandemic prevented further public outreach. The legislators’ proposal doesn’t face the same challenges, but the tribes have enough clout with legislators that securing the necessary 2/3 support in each chamber could prove difficult. All of which means California bettors may have to wait until 2022 for a legal wagering opportunity.