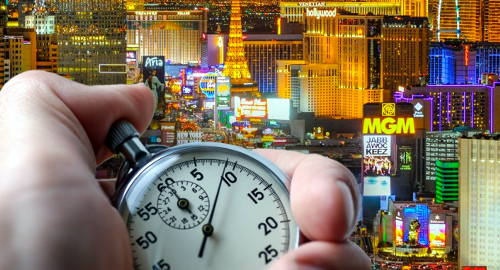 Nevada casinos have been told they’re officially “on track” to reopen on June 4, nearly three months after they were forced to shut their doors due to COVID-19.

On Tuesday, Nevada Gov. Steve Sisolak unveiled details of Phase 2 of the state’s ‘Roadmap to Recovery,’ which is set to get underway on Friday (29). Phase 2 will allow the reopening – with some restrictions – of most retail businesses that weren’t part of Phase 1, including gyms, bars not serving food, tattoo parlors, spas, swimming pools and movie theaters.

While gaming won’t be in the starting gate this Friday, it’s now officially “on track” for a “phased-in reopening” on June 4, as Sisolak suggested last Friday. Sisolak said Tuesday that based on “positive trends” in the state’s COVID-19 data, “I have informed the chair of the Gaming Control Board that I feel confident in the June 4th target date.”

Sisolak was originally scheduled to hold a public press conference Tuesday but this was cancelled after his office revealed that late last week Sisolak had “visited a work place where an employee – who was not in the building at the time – has since reported testing positive for COVID-19.”

“Out of an abundance of caution,” Sisolak said he’d deliver his remarks via a pre-recorded video filmed at the governor’s mansion, but technical gremlins forced him to do an audio call instead. Sisolak plans to take a COVID-19 test on Wednesday and will alert Nevadans of the results when they come in.

Earlier Tuesday, the Gaming Control Board held a workshop to fine-tune the health and safety guidelines that casinos will have to follow to receive permission to reopen. The regulators plan to issue a “final notice” of the requirements on Wednesday, giving operators at least a full week to prepare for their June 4 coming-out party.

Officials from the University Medical Center in Las Vegas said 10 unspecified non-gaming hotels in the state had agreed to house guests who test positive for COVID-19 and require 14 days of quarantine. The state has also lined up over 2,100 additional beds to deal with any surge in positive cases.

Tentative reopening plans released by Nevada casino operators suggest that around 41% of hotel rooms at Las Vegas Strip properties could be ready to accept guests as of June 4. However, Deutsche Bank analysts suggested that these estimates don’t jibe with the severe restrictions that operators will be required to impose.