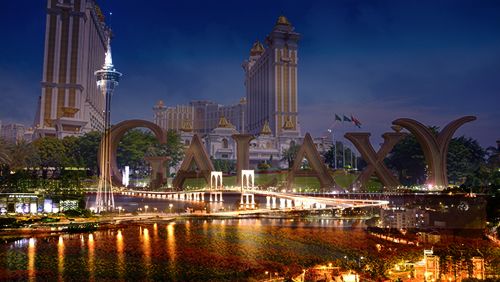 Two months ago, almost to the day, work on expansion of the Galaxy Macau casino was suddenly forced to a halt when scaffolding being used for the construction suddenly collapsed, killing three. The already-delayed project now faced further work stoppages and issues that pushed the completion timetable back even further, but the bigger concern was what caused the accident. Investigators have been busy trying to figure out exactly what went wrong, and they now believe they know what happened. The results won’t eliminate Galaxy Entertainment, the casino’s promoter, from possible liability.

In the case of many accidents, trying to rush a project or event is the leading cause. Phase 3 of the large casino resort was already behind schedule when the coronavirus hit Macau, leading to even further setbacks. As the construction crews were able to return after a brief shutdown, it’s possible that corners were cut to try to put things back on track, and maybe someone decided to forego the requisite safety checks, or perhaps they absentmindedly overlooked the procedure. Either way, seven workers who had climbed onto the construction scaffolding suddenly found themselves in a freefall when the framework gave way, leading to three deaths and serious injuries for the survivors.

The investigation has revealed that the scaffolding didn’t hold up for two primary reasons. The Labour Affairs Bureau (LAB) indicates that it had a “lack of maintenance and was stocked up with too many articles,” according to a report by GGRAsia. The LAB added that the contractor in charge of the project was penalized over the incident, but didn’t specify what type of penalties had been applied.

As a result of the accident and the subsequent investigation, work on Phase 3 had to be temporarily stopped once again, and was finally allowed to resume on April 29 after the contractor’s business and safety records were scrutinized. As a result, optimistic plans to have the property’s additions open by early next year has waned. The project was first expected to open sometime this year before being pushed back to sometime in early 2021. However, given the current situation, that goal may be a little unrealistic, and analysts predict that Phase 3 won’t be able to wrap up until sometime toward the middle of the year, if not later.