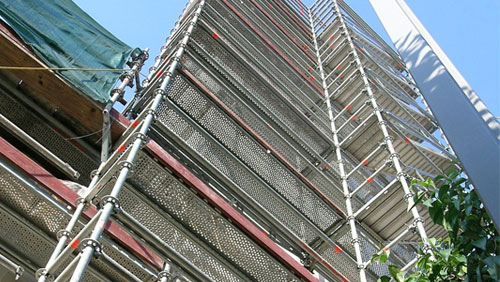 The completion of the next phase of Galaxy Macau is going to face further delays as the result of a construction accident that occurred this week. The casino is currently working on Phase 3 of the project, which has already been delayed several times due to the large size of the development. However, the latest delay won’t have anything to do with lack of adequate scheduling or manpower. Instead, it will most likely stem from an investigation resulting from the collapse of scaffolding at the project that resulted in three employees losing their lives.

Galaxy Entertainment Group is behind the massive integrated resort project in Macau, and things were set to get back on track after the city recently began recovery efforts following the appearance of the coronavirus in the area. However, just as things were getting back to normal, disaster struck yesterday when the scaffolding suddenly gave way. In addition to the three deaths, four other construction workers were injured, but no word was given on the severity of the injuries.

It isn’t yet clear what caused the framework to collapse, but investigators are now trying to figure out what went wrong. All construction at the site has been temporarily suspended while that investigation is conducted. At this point, the only information revealed has been that the scaffolding gave way as the construction workers were busy clearing trash from an elevator.

Galaxy issued a statement following the accident, stating, “Galaxy Entertainment would like to express our deepest regrets over the accident, and extend our most heartfelt sympathies to the workers and their family members. After the incident, Galaxy Entertainment has taken all necessary actions and fully cooperated with the authorities to carry out rescue work and investigation.”

It added, “Galaxy Entertainment has tasked the contractor to conduct a thorough review of all safety measures on the construction site and ensure all related rules and regulations are strictly abided by all relevant parties. Since the case is under police investigation, no further information can be provided at this stage.”

Phase 3 was initially expected to see the first part of construction completed by the end of last year. That was then pushed out to not even begin until early this year, with an anticipated opening of some time in 2021. However, this accident will almost certainly alter the schedule in a major way.

Macau began beefing up its construction regulations a few years ago in order to help protect workers better. In 2015, four construction workers died, leading to increased oversight by the Macau Labor Affairs Bureau. At the time, the secretary general for the Macau Construction Association, Leo Lo, told Reuters, “Our government doesn’t have adequate certification for the workers … just simple training, not legislation for the workers or a more technical system.”

Construction of major buildings is always challenging and, even with improved regulations, accidents can happen. Late last year, the Hard Rock Hotel in New Orleans suffered a huge disaster when the upper floors of the under-construction venue suddenly collapsed. Three people died and scores more were injured, and the entire venue was ordered demolished. That order has still not been carried out.