Home / Business / The hourglass is running out on IGT 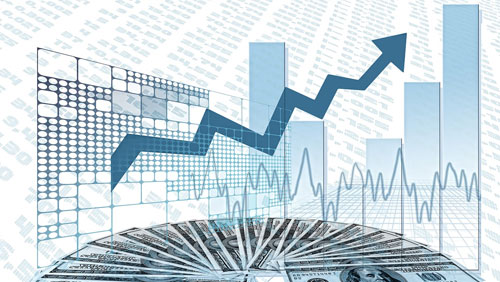 Imagine a boxer that takes an uppercut and gets knocked down. He gets back up, looking dazed but OK, but now he has an internal bleed that will soon bring down him to the canvas permanently. He doesn’t feel it yet so he’ll keep fighting for a while longer, but he’s already done. Sooner or later he’s just going to collapse and that’ll be it. That’s International Game Technology. The company just had its earnings call this week. It wasn’t great. For IGT, 2008 was the uppercut. The stock topped at $48 just prior to the financial crisis getting into full gear and bottomed at $7. With this crisis, $7 is looking more like resistance.

The sad part is that 2007, 2008, and 2009 were all profitable years (page 29) for IGT! What that tells me is that the stock was way overvalued prior to the last financial crisis and collapsed to a more grounded valuation. What that also tells me now, as IGT hasn’t been profitable since 2016, is that its intrinsic value is probably closer to that of a penny stock.

The end of an iconic company is certainly a sensitive issue, so I would like to clarify before elaborating. I am not saying that the gaming machine manufacturing industry is over, or even that the IGT name won’t live on. It will. It’s a respected brand name that carries weight. Bankruptcy almost never means that a good or service ceases to exist. All it means is that the financiers of a company that provides that good or service, lose their investment. That really shouldn’t bother anybody but the investors, and all told it really is not that big of a deal. What is a big deal is constantly bailing out these companies with everyone else’s money, which makes every taxpayer an investor by force. As my mother said to me when I was a kid (and even sometimes now), this is unacceptable behavior.

The capital that produces all of the machines still exists and will still exist. Nobody is going to burn it down. Bankruptcy doesn’t magically make physical infrastructure disappear. All it does is deflate the value of that capital for someone else to buy and use at a new market price, free of old debt burdens. Bondholders lose out, equity holders lose out, but the infrastructure remains and keeps producing what it did before.

When a bankrupt company is bailed out, it’s those “one percenters” who get the money. As for the workers, a bailout can help them keep their jobs ephemerally, but as the company is still saddled with debt after a bailout, their position remains precarious. Instead ,if a company is allowed to start anew with a healthy balance sheet while old investors suffer their debt and equity losses, some workers do lose their jobs, but others get hired in the restructuring, and all remaining workers end up being in a much more stable situation.

So, as things stand now, the initial blow of the coronavirus appears to be over. The virus is losing momentum as the summer heats up, lockdowns are loosening, the people who haven’t gotten laid off or furloughed are going back to work, and stocks are bouncing back. Everybody’s walking on eggshells but there is a general sense of cautious optimism in the financial world. In my view, this optimism is wildly misplaced.

We’ve seen quite a bit of economic tumult these past 3 months, but you ain’t seen nothin’ yet. One sector that has been oddly calm, at least relatively, has been the financials, the banks. No word of any systemic banking crisis, no word of any major bank bailouts. It’s an eerie quiet in the banking sector, totally unlike 2008. This quiet won’t last much longer.

Imagine you’re a bank while supply chains are frozen across the world. Nobody is paying anybody in the production process, and all you anyone has are fixed costs. So businesses knock on their bank’s doors and ask for some more working capital. But everyone else is doing that, too, so everyone’s working capital is coming from banks and there’s now a shortage of cash to lend to hold everyone over for the next few months. Interest rates are threatening to rise so the central banks come in and print up trillions and hand it all out. OK, but what happens when old loans from some of the weaker clients start coming due and they don’t get paid down because the weaker companies couldn’t survive? You’ll end up with the banking crisis you only postponed, and this doesn’t even take into account portfolio losses at the weakest banks that they have already suffered.

How will a banking crisis affect IGT? It will cut its lifeline, what has enabled it to continue as a going concern despite losing money consistently now. IGT’s biggest loan is €1.5B from a group of banks. The top 5, each of which loaned IGT €200 million, are Bank of America, BNP Paribas, Intesa Sanpaolo, Mediobanca, and Unicredit. All of them, with the exception of Bank of America, are either at or very near all time lows. They have their own serious problems. In fact, practically all banks in Europe are trading at or near all time lows. Clearly all this lending isn’t doing much. There has been no sustained recovery in the European banking sector since the 2008 financial crisis. It’s just been a slow death, hospice, with the banks all in a persistent vegetative state being fed with a feeding tube of liquidity from the European Central Bank.

If a subprime mortgage crisis could precipitate the near total collapse of the global banking system 12 years ago, then the complete freezing of the entire global economy for an entire quarter certainly will. The only reason we aren’t quite seeing it yet is because this time the Fed and the ECB aren’t in a wait-and-see mood. They printed trillions immediately.

IGT, like so many other companies these days, not to mention governments, runs a debt Ponzi, paying off old bondholders with proceeds from new debt. The only difference between this and a real bona fide Ponzi scheme is that in IGT’s case, everyone knows they’re playing musical chairs and closes their eyes anyway. In a Madoff scheme it’s a secret, so it’s fraud and illegal. In this case it’s open, an elephant in the room nobody likes to acknowledge or talk about, but they all know it’s coming and just hope they won’t be the last ones out.

Whether they are secret or in the open though, these things only work so long as you get new investors to pay off the old ones. By next year I believe extending the scheme for IGT any further will be impossible because there will be no bank able, let alone willing, to lend anymore. For casino patrons it’ll be good news. The casinos will get their slot machines for much cheaper and maintenance costs will fall. Consumers will benefit and so will the casinos themselves. Bankruptcy is not a bad thing. It’s just an honest acknowledgement of entrepreneurial errors.

In its latest statement, IGT admits that social distancing regulations both in Italy and the United States, which together make up 80% of its revenues, will limit the number of guests per location. If IGT couldn’t put together a consistent profit at full capacity, there is no way it can pull any kind of profit under a social distancing regime that will last who knows how long. It’s going to need to borrow more money by the end of the year, and I do not think it will be able to. It currently has about $2.2 billion in liquidity, and once that runs out there won’t be any more.