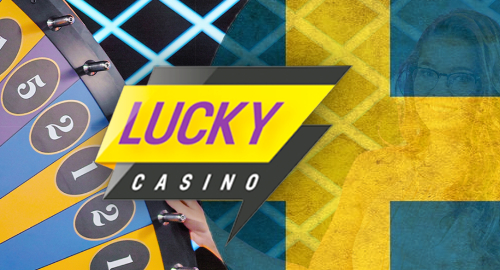 Sweden has financially penalized another online gambling licensee for offering live casino games not covered under its license.

On Wednesday, Sweden’s Spelinspektionen regulatory body announced that it had imposed a SEK400k (US$41,700) on Glitnor Services Ltd, which operates in Sweden via seven domains, including fridacasino.com and luckycasino.com.

The regulator found that the products in question relied on a combination of spinning wheels and symbols rather than slots reels, taking them outside the traditional definition of random number generator games and more like lottery games, which “may only be offered for non-profit purposes.”

Spelinspektionen said offering unauthorized products was a serious matter that could have left Glitnor liable for a fine of up to SEK240m (equal to 10% of the company’s annual sales). However, since Glitnor itself alerted the regulator to the fact that LuckyCasino was offering the games and took steps to address the cockup, Spelinspektionen opted for a relatively low penalty and a warning.

The games in question were made available on LuckyCasino on July 1, 2019 and weren’t taken offline for five months, during which time 478 players spent around €69k.

The KO said Tuesday that the volume of gambling ads – whether by television, print media, online or social media – “seems to be at a constant level” after originally spiking following the launch of Sweden’s regulated online market in January 2019.

However, while the KO found that “clear improvements” have been made in the promotion of bonus offers, “there are still a lot of shortcomings.” The KO says “in many cases, clearer and more easily accessible information” should be provided on bonus offer terms and conditions, whether by banner ads or on operators’ home pages. The KO said it has forwarded its findings to operators.