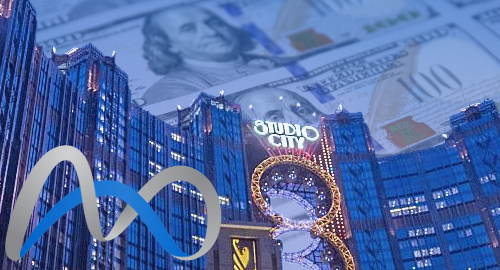 Figures released Thursday show the Nasdaq-listed MRE generated revenue of $811.2m in the three months ending March 31, a 41.3% decline from the same period last year. The company booked an operating loss of $150m versus a $191m operating profit the year before, and a net loss of $364m versus a net profit of $120m in Q1 2019.

MRE’s struggles aren’t unique to the company, as all casino operations in Macau were laid low by the market’s 15-day pandemic shutdown in February and the resulting quarantine restrictions. MRE’s casinos in the Philippines and Cyprus were also required to shut down in March.

Company CEO Lawrence Ho reassured investors that MRE had cash and equivalents of $1.2b at the end of Q1, and a new credit deal in April offered a further $1.6b worth of undrawn revolver capacity. MRE also added $355m via the recent sale of MRE’s stake in Australian rival Crown Resorts. MRE suspended its quarterly dividend but investors shrugged, pushing MRE’s shares up 3% by Thursday’s close.

CITY OF NIGHTMARES
MRE’s flagship City of Dreams Macau reported revenue falling more than one-third to $467.6m while earnings slid nearly three-quarters to $61m. VIP turnover dipped a surprisingly modest 15.6% and win jumped 0.69 points to an outsized 4.1%, resulting in a positive earnings impact of roughly $54m. Mass tables fared much worse, with drop down 57%, while gaming machine handle fell by nearly half.

In the Philippines, City of Dreams Manila saw its earnings fall by half to $29.6m on weak performance in all table games, and while gaming machine handle was down only 5%, machine win fell 1.7 points to 4.1%.

In Cyprus, MRE’s temporary and satellite casinos saw table game drop fall by one third while machine handle improved 11%, resulting in earnings falling by more than one-half to $3.2m.

GRIM AND GRIMMER
On the analyst call, Ho offered the following projection for 2020: “short-term continues to be Armageddon, mid-term is grim, long-term is great and it really depends on when the borders start opening up.” Ho looked at the US casino market’s ongoing reopening plans with some envy, saying it was “just night and day” comparing the US approach with China’s.

Ho, who hasn’t been to Macau in three months due to the quarantine rules on both sides of the border, said China was likely planning to relax its restrictions on Macau and Hong Kong simultaneously, “because China still considers Macau and Hong Kong in the same light.” Ho noted that Hong Kong had recently suffered a rise in COVID-19 infections, which could further delay loosening of the borders.

MRE said its Macau operations have reduced their overhead to the point that a 35% recovery of their normal revenue would allow the company to break-even on an earnings basis. Based on its performance following the Macau shutdown, MRE expects the VIP and premium mass segments to recover long before base mass.

In Cyprus, construction of MRE’s City of Dreams Mediterranean integrated resort has been set back “several months” by the inability of workers to migrate in and out of the country.

Asked about Las Vegas Sands’ recent withdrawal from the Japanese casino license race, Ho he didn’t really buy the rationale that Japan’s casino ‘framework’ was the sticking point, as “the rule of the game was established long time ago. Nothing has been changed in the last year or two.”

Ho said MRE’s pursuit of an integrated resort project in Yokohama remains a “core focus” for the company, and MRE teams have continued to engage with Yokohama officials despite the pandemic restrictions.