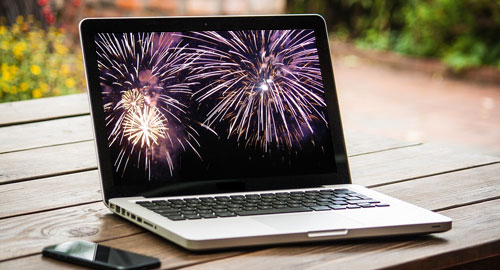 Two years ago today, the U.S. Supreme Court sent out a loud message to federal legislators (and certain casino operators and sports organizations) that they were unequivocally wrong and that their attempts at manipulating states’ rights were completely off-base. It was May 14, 2018 when the Professional and Amateur Sports Protection Act of 1992 (PASPA) was repealed by the highest court of the country, paving the way for states to reclaim their constitutionally-guaranteed right to control whether or not they would allow legal sports gambling. In celebration of the momentous occasion, SBC has put together a virtual soiree, dubbed PASPA Repeal, to mark the second anniversary of PASPA’s demise.

SBC, among other things, is behind several large gaming-centered conferences, including Betting on Sports America and the recently-completed SBC Digital Summit. It has now put together PASPA Repeal as a virtual networking event to give those in the gaming industry a place to discuss how the reversal of PASPA has impacted the industry. It is designed to give “operators, suppliers, affiliates, lawmakers, advocates and the media” an opportunity to “discuss the progress made towards the creation of a thriving market over the last two years and what the next steps for the U.S. sports betting industry might be.”

Scheduled to participate in the summit are Raymond Lesniak, a former New Jersey Senator and one of the main players of the PASPA repeal effort, SportAD CEO Joe Brennan, Jr., who is also the former director of iMEGA and an opponent of PASPA, and professional sports gambler and writer Captain Jack Andrews. Participants will be able to hear the opinions of the panelists as they relate to the changes in the U.S. sports gambling market, as well as ask questions and share their own thoughts about the industry. It is also a great opportunity for attendees to network and make new contacts in the growing sports gambling ecosystem.

It took a stubborn, relentless effort on the part of New Jersey to finally prove to the Supreme Court that PASPA violated the 10th Amendment of the U.S. Constitution. Justice Samuel Alito, one of the seven justices to side with New Jersey (two justices voted against the repeal), explained at the time, “The PASPA provision at issue here—prohibiting state authorization of sports gambling—violates the anti-commandeering rule. PASPA’s provision prohibiting state ‘licens[ing]’ of sports gambling schemes also violates the anti-commandeering rule. In either event, state legislatures are put under the direct control of Congress. It is as if federal officers were installed in state legislative chambers and were armed with the authority to stop legislators from voting on any offending proposals. A more direct affront to state sovereignty is not easy to imagine.”

Everyone is invited to attend the event, which kicks off at 3 PM Eastern Time today. Registration for PASPA Repeal is now available.