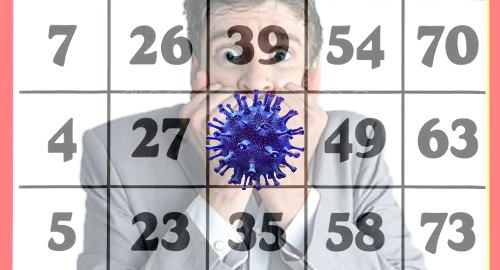 Denmark’s gambling regulator has declared war against international online operators, while unauthorized bingo is getting a hard look in both Denmark and the Netherlands during the coronavirus lockdown.

This week, Denmark’s Spillemyndigheden regulatory agency announced that it had convinced a district court to order local internet service providers to block the domains of 16 online gambling sites serving local punters without the regulator’s permission.

Spillemyndigheden originally targeted 17 domains but one provider withdrew its services from the market prior to the court considering the regulator’s request. The offending sites, which Spillemyndigheden declined to identify, consisted of seven online casinos, seven ‘skin betting’ sites and two online sportsbooks.

Spillemyndigheden began targeting unauthorized sites following the 2012 liberalization of Denmark’s online market, although it has stated that the number of offending sites is “continuously low.” Counting this latest legal massacre, the number of online scalps hanging from the regulatory lodge pole now totals 90.

On Thursday, Spillemyndigheden issued a warning regarding an apparent surge in bingo activity during the COVID-19 crisis. The regulator says “an increasing number of private organizers” have been offering either online bingo games or as “drive-in bingo where the participants sit in their cars.”

Spillemyndigheden director Morten Niels Jakobsen said he understood the “great desire to unite people through enjoyable entertainment such as bingo” but if organizers were charging a fee to participate – even if the intention was to raise funds for charities – they need to get a license from the regulator.

This corona-bingo phenomenon is apparently not limited to Denmark. On Friday, the Netherlands’ Kansspelautoriteit (KSA) gambling regulator issued a statement saying there were “many more reports about online bingos than before the corona crisis.”

The KSA said it recognized that many of these new online bingo games were organized by “people with a good heart” and so the regulator has “decided to be temporarily lenient” about demanding organizers get KSA licenses. But “obviously that courtesy stops as soon as bingo is organized to earn money or scam people.”