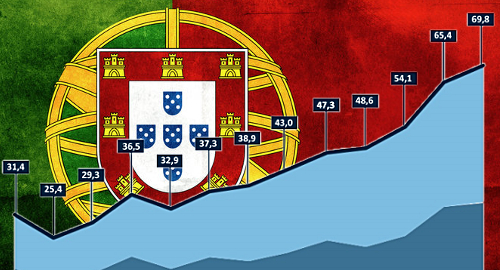 Portugal’s regulated online gambling market set new revenue records in the first quarter of 2020, which could put further pressure on the government to impose new limits for the duration of the COVID-19 pandemic.

Portugal’s ten licensed online sports betting operators reported revenue rising 39.2% to €34.5m as betting turnover rose 13.5% to €149m. The turnover figure was down significantly from Q4 2019’s €185.3m, reflecting the suspension of major sports events midway through Q1 due to the pandemic.

The number of pure sports bettors (41.2%) narrowly edged out casino-only customers (39.4%) while a bi-curious 19.4% copped to participating in both verticals.

Earlier this month, Portugal approved legislation that would establish “partial or total limitations on access to online gaming platforms” during the pandemic but the government has been mum about how it intends to implement this legislation. Perhaps that has something to do with the perpetually cash-strapped government’s online tax revenue rising 40% to €20.8m in Q1.