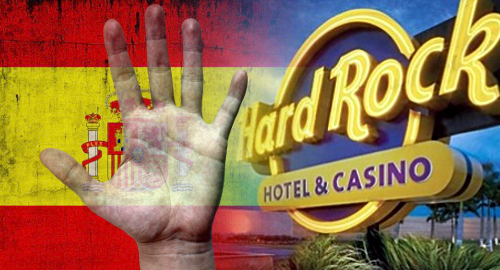 Casino operator Hard Rock International’s peril-fraught Spanish integrated resort project has hit yet another delay due to the COVID-19 pandemic’s impact on the company’s finances.

On Tuesday, Spanish media reported that HRI had requested a five-month delay of its deal to purchase land near the Catalan city of Tarragona on which the company plans to develop its €2b Hard Rock Entertainment World resort.

Land issues have plagued HRI’s Spanish ambitions for years, but March saw HRI work out a deal in which a state-run firm known as Incasòl would buy the land from its current owners for €120m, after which HRI would have until May 5 to acquire the land from Incasòl for the same price. Failure to meet that deadline would result in the government pulling the plug on this oft-delayed project.

However, like nearly all casino operators, HRI has seen its operations halted as governments across the globe ordered the closure of all non-essential businesses to minimize further COVID-19 transmission. Last week, HRI CEO Jim Allen told CNBC that it would likely take a full year before his company was able to ‘ramp up’ its business back to where it was pre-pandemic.

With HRI apparently unable to free up the €120m for the Spanish land purchase, the Catalan government has agreed to extend the deadline for HRI acquiring the land until October 5. Local officials supported the extension, noting that the pandemic has caused far greater inconveniences than this.

This week, HRI boosted the financial capital of its Hard Rock BCN IR, the Spanish subsidiary overseeing the Catalan project. The offshoot was incorporated in 2018 but until last week boasted capital of only €60k. That capital has now been raised to €66.5m, in keeping with the terms of HRI’s Spanish license, which requires it to maintain 10% of its proposed outlay. The first phase of HRI’s Catalan resort is projected to cost €665m.