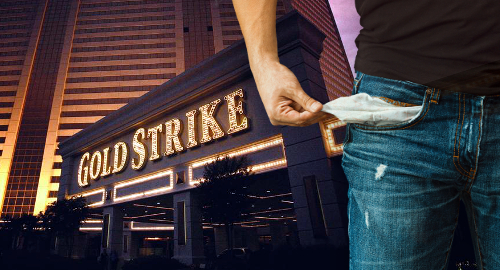 Casinos in Indiana and Mississippi reported sharp drops in revenue in the month of March as the COVID-19 pandemic forced the closure of gaming operations.

Figures released by the Indiana Gaming Commission (IGC) show the state’s 11 casinos and two racinos generated gaming revenue of just $98m in March, nearly $100m below February’s total, the result of the state ordering all gaming venues to close on March 16 to prevent further transmission of the COVID-19 coronavirus.

Sports betting was also negatively impacted, both from the shutdown of retail sportsbooks and the suspension of most sports events, including the NCAA March Madness basketball tournament.
While mobile betting continues, March betting handle totaled only $74.8m, down from $187.2m in February, while betting revenue fell by half to $5.5m, the lowest monthly total since the state launched legal wagering last September.

The declines are being felt not only by operators but also the state, which saw its gaming tax revenue fall to $29m in March, less than half the sum it collected in February.

The situation is equally dire in Mississippi, which also shut its casinos down on March 16. Figures released by the Mississippi Gaming Commission show sports betting handle sank to a mere $10.7m in March, down nearly 69% from February, while revenue fell a similar rate to just over $648k.

Unlike Indiana, Mississippi has yet to authorize statewide digital wagering, limiting ‘mobile’ betting to digital devices located within the confines of one of the state’s 36 brick-and-mortar casinos. So Mississippi’s betting market is officially on ice until the state’s closure order is lifted.

Mississippi casinos reported total gaming revenue of $110.3m in March, a significant downturn from February’s $175.5m and a nearly 48% reduction from March 2019’s $211.8m. The March 2019 figure was the highest monthly total last year, partly because the March Madness tourney drew a record number of customers to casino sportsbooks.

Mississippi casinos employ around 16,500 staff, most of whom are now without work. The shutdown will celebrate its one-month anniversary on Thursday and the American Gaming Association recently estimated that the state will miss out on $736m of economic activity if the pandemic closure stretches to two months.