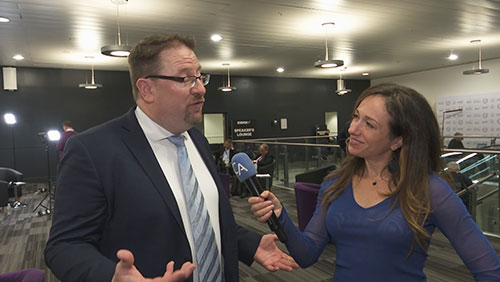 Going into a new, emerging market can be tricky, even more so when they haven’t entirely established their regulations. To do it right, it’s best to check with an expert first, so CalvinAyre’s Becky Liggero Fontana caught up with Brendan Bussmann of Global Market Advisors to talk about the current and future opportunities of Japan, Brazil and other emerging markets.

There’s always lots of exciting news coming out of Japan, and while COVID-19 has put a damper on progress, much of the insight Bussmann gave us when this interview was conducted in February still holds true. “There’s a lot of movement happening in Japan right now, partially because of some recent events that haven’t been the most pleasant things, with the scandal with 500.com and other things,” Bussmann said. “But it’s really where operators are finally getting to dig in, get an RFP [Request for Proposal] process going which will all start probably mostly Q2 with the exception of Osaka, and then basically about a year from now, delve into the full RFP process once those are chosen for the sites, between the prefecture and the partnership they create with an operator, try to win one of the three licenses at the central government level.”

Liggero Fontana asked Bussmann to help explain how Japan differs from the U.S., where he started. “I would say culturally, there’s some significant differences along the way, and things can’t get lost in translation,” he began. “That’s probably the biggest thing is, the educational standpoint. And what you can learn from the States, and I would say not just Nevada when I say that, but even I would take Singapore, those are pretty much the two jurisdictions they’re leaning off of when it comes to the regulatory structure. They want good clean operators that have a good solid past that not only has the financial wherewithal to do it but the regulatory background to say, ‘Hey, we know you’re going to be a good operator.’ And so, that’s what they’re gleaning off of. So they’re talking to Nevadans, they’re talking to the regulators in Nevada, they’re also talking to the Singaporeans, learning from their regulatory structure and seeing what’s going to be the best fit to make that Japanese fit along the way to make it happen.”

But Japan isn’t the only promising market that looks to be opening up. Bussmann also had lots to say about a South American prospect. “I think Brazil has to figure out what Brazil wants the best, and I know that’s very cliché,” he said. “Brazil is a huge market opportunity with a great opportunity for integrated resorts. They need to have a competitive process so they pick the best operators, that’s going to give them the best investment.”

He offered his tips on how to approach the massive, emerging market that could be Brazil. “Probably one of the biggest things I would give them advice today is, figure out what that market looks like,” he said. “You know, if you look at Japan as a model off of that, everybody said three or four years ago that Japan was a forty billion dollar market. Today it’s not a forty billion dollar market because once you rights sized and said that we’re only doing three, here’s what we need. Figure out what the best locations are in Brazil, figure out what the best locations are and how to maximize that revenue, and create that strictly regulated environment to make that work, which is what Brazil desperately needs to be recognized as a total IR product out there, and I think that’s the best advice that I could give them over the next few years. But I think it’s a huge market that will eventually happen.”

With so many markets looking to open up soon, Liggero Fontana wondered where they could take lessons of best practices from, and avoid the pitfalls of problem gambling. “I think one of the biggest things that, not only operators but people in these emerging jurisdictions are, what have other good best practices done? And looking at evidence-based research to be able to do that,” he said. “You know, we’ve talked about people wanting to put slot machines on clocks and everything else like that. It’s like, that doesn’t solve any problems other than pacifying a myth that’s out there over everything. So going to experts along the way, whether they be operators, consultants like us, regulators along the way, go to the people that have done this before, don’t reinvent the wheel. Whether it’s integrated resorts, sports betting, online, whatever else, there are people that have best practices, use those as tools to guide your path and localize it to make sure it fits your jurisdiction.”