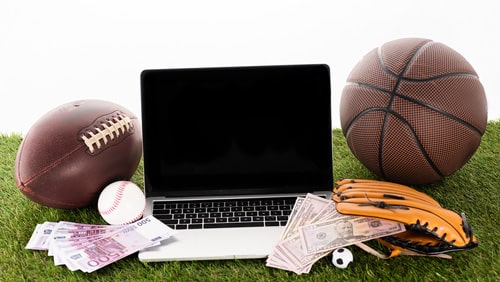 Gambling of all types, including sports gambling, continues to gain more support around the world. Legalizing the activity helps ensure that governments can get a piece of the action, as opposed to all of it going to illegal operations, and can provide better support for gambling problem programs. Brazil is in the process of grappling with several gambling expansion bills and had already decided that sports gambling could be beneficial for the entire country. The activity was legalized in 2018, paving the way for officials to begin putting the necessary legal and operational frameworks in place. However, that process is now on hold, as priorities move from expansion to containment. Expansion of gambling is taking a back seat to containment of the coronavirus.

Brazil’s former president, Michel Temer, signed off on sports gambling in December 2018 when he approved a bill, PM 846, that had been supported by both the Chamber of Deputies and the Senate. With the go-ahead firmly in place, government officials were then given two years to put together the framework to roll out the activity. Progress has been made, but there have still been disagreements over how many sportsbooks should be allowed. This has already slowed down the approval process significantly.

COVID-19 has turned the tables on a lot of initiatives that were seeking legislation approval in governments around the world. As efforts have switched over to providing health and economic relief, lawmakers have little time to consider much of anything else. This has made crafting sports gambling regulations in Brazil a non-priority.

It’s a difficult situation for the country’s lawmakers to be in right now, as one of the main reasons for approving sports gambling was to attract more revenue for the country’s wallet. It now needs that income more than ever, but a decrease in available disposable cash on the part of citizens means that the amount of money the state draws wouldn’t be as great if lawmakers were to introduce the necessary frameworks now.

Brazil predicts that around $3.7 billion in tax revenue would come from legalized sports gambling. That amount would help fund a number of initiatives that have been suffering for years, including education and social security programs, among others. Magnho Jose, the president of the Brazilian Institute for Legal Gaming, said last week, “In my opinion, it is time the government legalized gambling to strengthen the economy, generate employment, and fight against poor labor conditions, the illegal market, and money laundering. It is worth noting that before the pandemic, Brazil’s unemployment toll was 12 million.”

Launching legal sports gambling would also allow the country to raise awareness of, and provide solutions for, problem gambling. He added during the live Instagram debate, “[Illegal] gambling continues taking place normally in the country. Anyone who walks down the street can come across illegal bingo halls, slot machines and jogo do bicho. Brazilians are into wagering and problem gamblers are not going to bet more with the opening of the market, they are just going to do it legally. If Brazil legalizes this industry, the government will be able to establish public policy aimed at treating these gamblers and adopt measures to protect citizens from the potential negative effects of illegal gambling.”

Unfortunately, there isn’t much that can be done. Almost the entire world has stalled because of COVID-19 and, while things appear to be improving, there is still a long way to go before things return to normal.