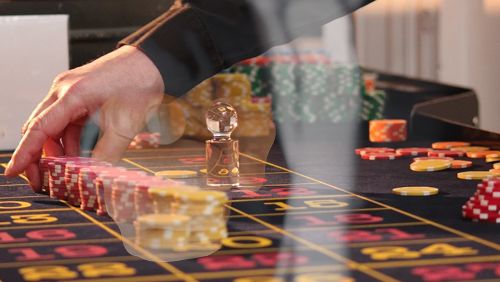 While some casino companies in the US have offered to continue paying their employees while struggling to stay in the black during the shutdown caused by the coronavirus, not all have been so generous. Wynn Resorts and Las Vegas Sands are two that have dug deeper into their wallets to cover employee salaries, while companies like Boyd Gaming and Eldorado Resorts have opted to send their employees out the door. However, at the same time, executives with some of those that fall in the latter category are going to hold onto their six- to seven-figure compensation packages. In light of the discrepancies, unions representing casino workers across the country are now calling out the employers, accusing them of abandoning their workforces when the employees need the most support.

The president of the Local 54 chapter of the Unite Here union in New Jersey, Bob McDevitt, spoke up this week, telling the casino industry that it had been workers “in the poorhouse,” according to The Press of Atlantic City. The union chapter represents a number of casino and hospitality workers in Atlantic City, and McDevitt’s comments follow a decision by the local casino industry to furlough almost the entire casino workforce of around 26,450. He added, “There is absolutely no excuse for an industry that has done quite well to turn their backs on these workers…”

As the federal government prepared its economic stimulus plan to combat the COVID-19-induced financial losses, most casinos were given access to the $425 billion in corporate loans and tax credits designed to enable the companies to retain their employees. However, many opted to send their employees to the unemployment offices, which haven’t been able to keep up with demand.

Donald “D.” Taylor, Unite Here International’s president, spoke up, as well. He called out the casino industry, stating, “We think, without a doubt, the gaming industry … should actually pay for people during the shutdown. We think, without any question, this industry, which is a privileged license — not like a normal business, this is a privileged license — that both the states should insist that they pay people through the shutdown and, frankly, the conscience of these casinos should do the same thing.”

Casino operators should be in better shape than they are. Atlantic City has seen three straight years of growth and the launch of sports gambling has given the city a major boost. 2017 to 2019 saw steady increases in revenue, and even this past January reported a year-on-year uptick of 8.3%. If revenue can increase consistently for years and companies find themselves short on cash, there would appear to be a fundamental accounting management issue that needs to be addressed.

At least one member of the casino union is confused over the turn of events, as well. Jason McKnight, who was happily working at Harrah’s Resort Atlantic City before the layoffs began, asserts, “These people literally are desperate for their unemployment that they can’t get because they can’t get through to get that benefit. If the casinos had chosen to pay these people until at least that income [could] start coming in, it certainly would have made things a lot easier. And they chose not to go that way, and I don’t know why.”