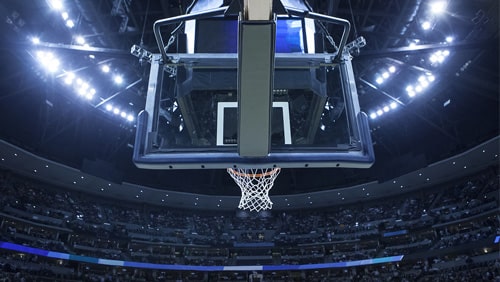 Basketball fans should be getting ready for the NBA Finals. The NBA regular season would have been coming to a close right about now if it hadn’t been for the coronavirus, and hoops fans are undoubtedly feeling like a huge void exists in their life. Fortunately, there is a glimmer of hope, as the league believes it can get going again in May or June and, in the meantime, there’s always NBA 2K20. The NBA-based basketball video game has become a popular eSports alternative (eSports action, in general, is on the rise, as well), and this weekend will see a competition that has drawn in 16 NBA players, including Kevin Durant of the Brooklyn Nets, Trae Young of the Atlanta Hawks and others. Fans can catch all the action on ESPN.

The NBA 2K20 Player Tournament begins tonight at 7 PM Eastern Time (ET), and will be available on ESPN or ESPN2, depending on the schedule, and all the action can be found on ESPN3 as video-on-demand offerings. Getting things started will be a half-hour preshow to get fans pumped up, and it will be broadcast on ESPN. Then, the first hour of the program will continue on the channel before switching over to ESPN2 until 11:30 PM ET.

ESPN2 will pick up the action again on Sunday, airing the tournament live from 12-4 PM ET. Next Tuesday, the quarterfinals will be held from 7-11 PM ET, continuing on ESPN2, before the games switch back to ESPN for the finals on Saturday, April 11. The times for the finals have not yet been decided.

Besides Durant and Young, the lineup includes: Hassan Whiteside of the Portland Trail Blazers, Donovan Mitchell of the Utah Jazz, Devin Booker of the Phoenix Suns, Andre Drummond of the Cleveland Cavaliers, Zach LaVine of the Chicago Bulls, Montrezl Harrell of the LA Clippers, Domantas Sabonas of the Indiana Pacers, Deandre Ayton of the Phoenix Suns, DeMarcus Cousins (currently looking for a new home after being waived by the LA Lakers this past February), Michael Porter Jr. of the Denver Nuggets, Rui Hachimura of the Washington Wizards, Patrick Beverly of the LA Clippers, Harrison Barnes of the Sacramento Kings and Derrick Jones Jr. of the Miami Heat.

The winner of the tournament will pick up some cash, but won’t keep it. The NBA 2K20 champ will take home $100,000, which will then go to a charity of his designation to support the coronavirus relief efforts.