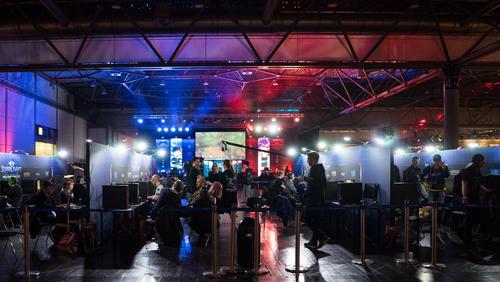 While perhaps still not accepted by everyone on a global level, eSports are gaining recognition as a valid sports activity. High schools and universities across the US, as well as in other countries, are adopting official eSports programs as extracurricular, points-earning activities, and competitions are becoming a regular part of the schedule, right alongside baseball, football and more. eSports is not exactly a new concept, but it’s one that is gaining tremendous ground in light of the current retreat of virtually all sports as a result of the coronavirus.

As proof of the success of eSports, one only needs to look to the HyperX Esports Arena at the Luxor in Las Vegas. The multimillion-dollar facility is designed to host all kinds of events, but eSports was always a huge part of the development – it’s even in the name. Being able to put together massive video game competitions has proven to be a crowd-pleaser, but the games have the distinct advantage of being played over networks, making them easily transferable to a virtual world that doesn’t require players to share the same physical space.

As a result, even though some competitions have been canceled, the eSports community as a whole is able to press on as everything else shuts down because of COVID-19. This makes it the perfect alternative as other sports are temporarily out of commission, and the executive director of the Milken Institute’s Center for Regional Economics, Kevin Klowden, sees a lot of potential success for the eSports industry. He explains, “Esports has the potential to fill a programming gap through having a combination of established leagues, followings and infrastructure. In many ways, it will be able to implement the strategy that the NBA and others had contemplated; empty stadiums without fans, and broadcasting games regardless. Even though many Esports leagues have encouraged and developed live venues, they will be able to adapt and function without them, and provide a steady source of content and income even under the current restrictions.”

This assertion is already being supported by tangible evidence. For example, as was recently reported, Counter-Strike: Global Offensive (CS: GO), one of the first games to be seen in eSports competitions, has reached new levels of popularity. This week, it reached over 20 million concurrent users with 6.5 million active players on Steam, and this is only the beginning. The average number of CS: GO players on the platform now stands at over 580,000.

There are plenty of other games found in the eSports realm, as well, and they’re making their way to sportsbooks. Bovada covers both CS: GO and League of Legends, as do many others in the sports gambling space and, as the industry continues to build up, eSports betting is set to be a huge money-maker. By some estimations, prior to the coronavirus, as much as $14 billion was expected to be wagered on eSports activity this year. Now, that number will almost certainly be much higher.