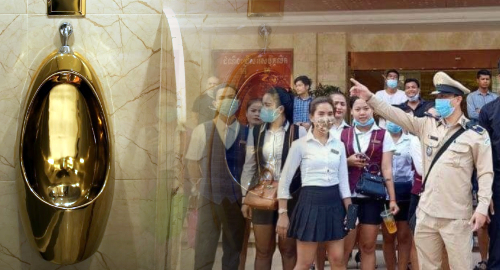 Cambodia’s casino owners are being reminded not to forget their staff’s needs now that the government has shut down all gaming venues to prevent further COVID-19 spread.

On Thursday, the Khmer Times reported that the Collective Union of Movement of Workers (CUMW) was increasingly concerned about the wellbeing of some 20k casino employees who are currently out of work following the government-ordered “temporary closure” of all casinos effective April 1.

In making his announcement on Monday, Prime Minister Hun Sen said the government would offer casino operators certain tax exemptions to help them deal with the disruption. Hun Sen also told casino owners to ensure they paid out March wages before laying off their staff.

While some casino staff have confirmed receiving their March wages, owners have been tight-lipped regarding whether they feel any obligation to financially assist staff during the enforced layoff. CUMW president Pav Sina expressed concern that staff will quickly find themselves in financial difficulty if the ‘temporary’ closure lasts longer than anticipated.

With the exception of NagaCorp, Cambodia’s casino sector has been in freefall ever since the government ordered a halt to all online gambling operations effective January 1. The downturn has been most pronounced in Sihanoukville, where dozens of casinos were forced to close their doors as the loss of their online operations left their businesses unviable.

Despite the disruptions, some Cambodian casino owners remain bullish on their future. Kang Qiang, owner of the Dong Yuan casino in Sihanoukville, was recently the subject of a Reuters report that featured photos of the gold urinals (pictured) Kang has installed in his venue, apparently to ensure his VIP gamblers feel better about pissing away their money at the gaming tables.

The 60-year-old Kang said Sihanoukville “is just starting, there is a lot of potential.” Cambodia announced its online gambling ban last August and Kang’s casino began losing money by November, but he told Reuters that “persistence means victory.”