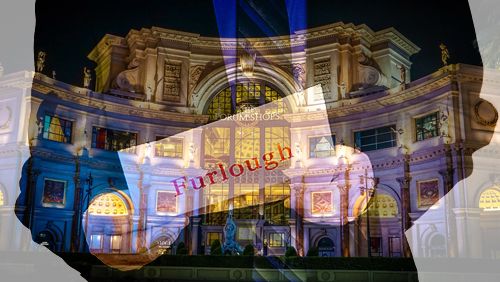 Another major casino operator has announced details about how many staff will be furloughed during the COVID-19 crisis. Caesars Entertainment issued an April 2 press release, announcing roughly 90 percent of its domestic U.S. employees will receive a temporary leave.

While exact figures weren’t given, spokesman Richard Broome noted “tens of thousands” of employees will be furloughed. “Given the uncertain duration of the property closures throughout the network, Caesars is temporarily moving to the minimum workforce needed to maintain basic operations,” the statement said.

Based on the latest numbers released by Caesars, the company employs 64,000 staff domestically, suggesting over 57,000 might have to face tough times.

The furloughed employees will remain employees, of course, and Caesars paid their salaries for the first two weeks of the closure. They can then use paid time off to receive additional pay. In the case of Nevada employees, pay will run through April 3.

The company also noted it will pay all health insurance premiums for those enrolled in the company’s health benefit plans, but only to a point. That benefit will run to June 30 or their return to work, whichever comes first. Nevada recently ordered all its casinos to remain shut until at least April 30, so there’s no really way of knowing when employees might return to work just yet.

“Given the closure of our properties, we are taking difficult but necessary steps to protect the company’s financial position and its ability to recover when circumstances allow us to reopen and begin welcoming our guests and employees back to our properties,” said CEO Tony Rodio in the statement. “The Company entered this crisis with strong operating performance, which, combined with the steps we are taking now, are critical to the future of our company.”

Caesars’ is just the latest major casino operator to announce furloughs, and maybe the stingiest. Sands and Wynn Resorts announced their plans to furlough staff while extending their pay. Wynn announced they would continue paying employees up to May 15, while Sands owner Sheldon Adelson said he hoped to pay employees right up until the casinos reopened.