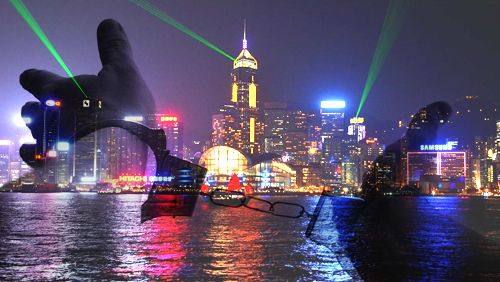 A gambling entity in Hong Kong was just settling into its groove and had six months under its belt as it operated eight different casinos. Perhaps thinking that it was on the road to success, that path turned out to be a dead-end after law enforcement stepped in. All eight shops were operating illegally, and all have now been closed after a series of police raids that resulted in 29 individuals being arrested – and more are expected to join them.

The South China Morning Post (SCMP) reports that the illegal gambling operations netted more than $1.8 million in just six months before law enforcement swooped in and dropped the hammer on the “sophisticated gambling syndicate.” The three individuals who put together the shops were arrested, as were 26 others who happened to be at the wrong place at the wrong time when police launched their surprise assaults. Those raids led to the seizure of 18 gaming machines and paraphernalia.

The three ringleaders are said to be from the Hunan province in China, and they had set up operations in Sham Shui Po and Mong Kok in Hong Kong over the last six months. Mong Kok served as the “command center,” and all profits were directed to a location in the city on a nightly basis for further processing. That processing reportedly involved depositing the funds into the ringleaders’ bank accounts using money changers in order to try to avoid financial oversight radars.

The gambling shops had been set up in residential apartment buildings and offered “fish table” games. Gamblers who visited the facilities purchased cards to record their scores, and these could subsequently be swapped out for cash. Just like in most casinos around the world, free drinks and food were offered to the gamblers to keep them happy.

According to the SCMP, many of those who frequented the venues are linked to illegal networks, such as drug trafficking and, in some cases, the Triad. Because the trio of would-be entrepreneurs was apparently using personal bank accounts to store the earnings, digital trails are going to appear that could result in additional arrests, which might snare some of these other underworld figures. Police and computer forensics experts are now analyzing data and getting information from the banks to see what type of picture emerges.

The three entrepreneurs will have plenty of time to think about their next endeavor. If convicted of running an illegal gambling business and money laundering, charges that have already been filed against them, they’re looking at up to 14 years behind bars. In addition, they could be forced to pay fines of more than $645,000 apiece.