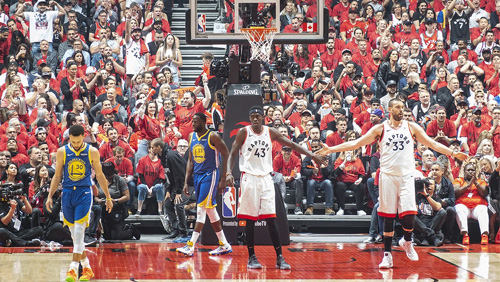 Drastic times call for drastic measures, and it’s already understood that the NBA as we knew it is not going to be able to play out as it normally would. This isn’t surprising, nor should it be cause for concern – the coronavirus has disrupted everything, and it is impossible to apply standard solutions to resolve any issue. Changes are going to have to be made as industries begin the rebuilding process, and the NBA is reportedly working on a plan that would allow it to, in some fashion, salvage the remainder of the 2019-20 season and hold the NBA Finals.

There had been speculation that the league might be able to resume sometime late in April or possibly in May. A May return might be possible if COVID-19 can be brought under control, but a June relaunch is more optimistic. However, even if games were to startup that month, they won’t be the same.

What could follow, according to ESPN’s Brian Windhorst, is a completely modified league structure that would facilitate the completion of the season without forcing it to run too deep into the final months of the year. He points out that the NBA could take its cue from what is currently seen with the Chinese Basketball Association (CBA) and its attempts at continuing the game amid the coronavirus.
The CBA stopped its games in January and hoped to return to the basketball courts in the middle of February. That goal was then pushed out to the beginning of April, then the middle of April and, finally the end of the month of the beginning of May. It desperately wants to get the action going as quickly as possible, and is now working on an alternative.

Windhorst asserts that the CBA is considering bringing together all of the teams to play in just one or two cities simultaneously in a “round-robin format in empty arenas.” The games would take place over the course of a couple of weeks, and would facilitate the completion of the regular season and finals competitions. The hope is that, by the time the finals are held, fans would be allowed in the stands.

It’s possible that the NBA could consider taking a similar approach, if things work out well enough for the CBA. The ESPN writer asserts that the league could pull all teams to a single location – perhaps even Las Vegas and its plethora of arenas and stadiums – and let the season run its course. Players would have to be isolated and constantly tested for the coronavirus, but at least they’d be back on the court.

It may not be an ideal solution – there is no ideal solution under the given circumstances. However, it’s a plausible alternative that would not only give players the ability to stay in shape and fans a well-needed distraction while in self-isolation, but it would also help start to rebuild the economy sooner, rather than later. And, that is something everyone can use.