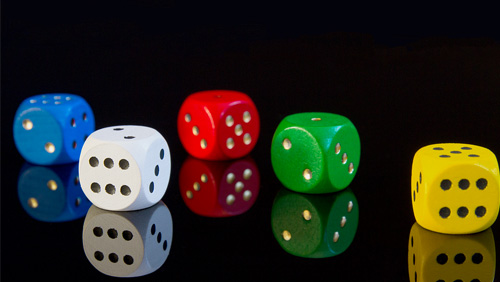 Aquis Entertainment may now be regretting their decision to cancel a deal that would have seen the company’s assets go to Blue Whale Entertainment. The two gaming entities had been negotiating an acquisition for more than a year, but Aquis was forced to pull the deal off the table after Australian gaming regulators seemed not to be amenable to the takeover. Now, because of the coronavirus, authorities in Australia have forced casinos to temporarily shut down, and Aquis is about to take a major hit. As a result, it is cutting staff and salaries, letting go – hopefully on just a short-term basis – 90% of its workforce.

A week ago, Australian Prime Minister Scott Morrison issued an order to all public venues – such as restaurants, bars, casinos and more – to shut down for “up to six months.” Aquis, which is behind Casino Canberra in Canberra, the country’s capital, diligently followed the instructions, but not without serious damage to its internal operations. Of the 235 employees working for the company, 190 are already on a forced vacation, and another 20 are soon going to be let go.

In a filing with the Australian Securities Exchange (ASX), Aquis explains, “The Casino Canberra operations ceased prior to 12 noon on Monday 23 March 2020. As a result, the Company has made the very difficult but unavoidable decision to stand down approximately 90% of our 235 employees. We have completed the initial stand down of approximately 190 operations employees and are currently in the process of standing down a further approximately 20 employees following a controlled shut down [sic] of the property.”

Aquis doesn’t specify whether or not it plans on helping its furloughed employees, as has been the case with some other casino operators forced into temporary hibernation. It added that its CEO, Alison Gallaugher, is going to take a pay cut of 50% – taking her from AU$300,000 ($184,980) to $150,000 ($92,490) – and other executives are going to see reductions of 48%. In addition, non-executive directors of the board will not collect any fees while the shutdown is in place.

Gallaugher added in the statement, “This will likely be the toughest challenge that any of our employees have faced in their lifetimes. The executive team are committed and devoted to this business and will do our very best to bring the company through this shut down [sic] and then rebuild it for our team and patrons.”

The personnel cuts are similar to what The Star Entertainment Group reported last week. The company announced that it was going to lay off 90% of its 8,100 employees, but added that they would receive “two weeks of paid pandemic leave” and that they would be able to use any accrued vacation entitlements.