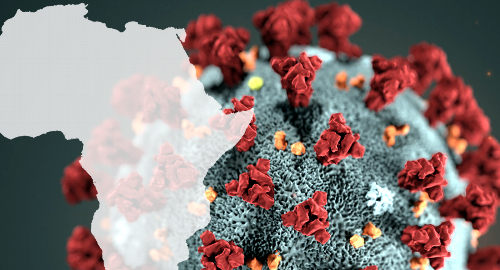 Gambling operators in Africa are proving no more immune to the negative impact of COVID-19 than those in any other market.

Until recently, Africa appeared to have dodged the kind of turmoil that the rest of the world has endured due to the COVID-19 coronavirus pandemic. But the continent is slowly catching up to the rest of the world, as South Africa’s number of confirmed cases is nearing 1,000 and Kenya just recorded its first death.

This week, Kenya’s Betting Control and Licensing Board issued a directive ordering all betting shops and casinos to shut their doors, effective immediately, until further notice. Radio and television operators were told to halt all gambling and betting advertisements.

Ivan Kalanzi, brand ambassador for Ugandan- and Rwandan-licensed GAL Sports Betting,told the BBC that his firm’s sales were down “about 99%” since the major sports leagues began suspending play and governments began ordering non-essential retail businesses to close their doors.

Kalanzi noted that countries in East Africa – Kenya, Tanzania and Uganda – rely heavily on land-based betting shops, with “maybe only 30%” of customers engaging in online wagers. Worse, those online bettors are the types that prefer to bet on the major international football leagues, “so it’s a total mess.”

Adellah Agaba, Betway’s country manager in Uganda, told the Daily Monitor that her firm did about 75% of their local business via sports betting, and “clients are reluctant to place bets” on the unfamiliar also-ran leagues that are still operating. But, like many western operators, Agaba believes/hopes this will lead to increased interest in other gaming verticals, including slots and virtual sports.

As of this Friday (27), South Africa will halt all racing fixtures until at least April 17. The nation’s eight courses had attempted to carry on as usual ‘behind closed doors’ but then South African President Cyril Ramaphosa decided to lock the country down to minimize further COVID-19 transmission.

South Africa’s National Gambling Board issued a statement urging the public to “avoid the temptation to access unlicensed gambling operators, which may still be operational despite the preventive measures in place, whether physically or on online platforms.”

Some Kenyan punters told the BBC that their current lack of betting options meant they got to save a little more money but at least one bettor saw this as a poor trade-off for being robbed of the dream that a life-changing jackpot is just around the corner. “That hope is shattered for now … it’s boring that there’s no betting.”